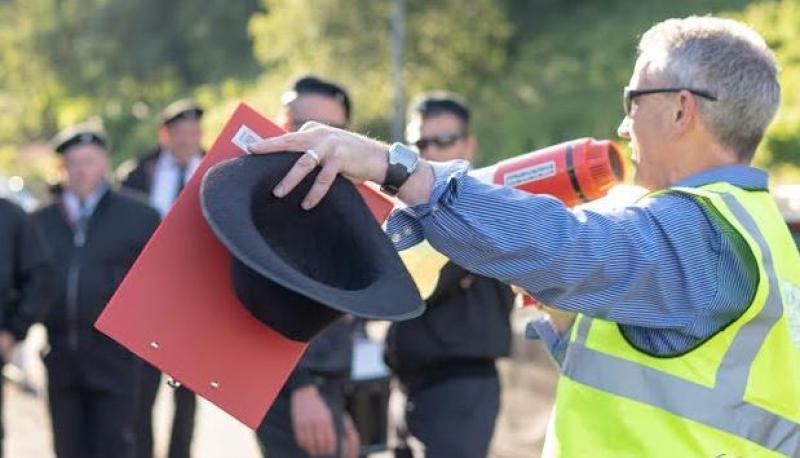 Black North Productions founder Joseph McCarthy with his 'director's hat on' during the filming of 'Grief.'

A busy year lies ahead for local independent film company, Black North Productions, which prides itself in giving ordinary people who would never have had an opportunity to become involved in a movie, the chance to do so.

With new movie 'Stealth' due to premiere before the end of this month, the company is currently working on 'Grief,' a film detailing the pain and loss caused by the Covid-19 pandemic.

The second instalment of 'Long Shot,' entitled 'Long Shot’s Letter,' is also due for completion.

After 'Grief' is shot and edited by mid-June, it's on to 'West Banksy' which will deal with drug addiction and abuse.

The group's alternative news programme, 'It’s News To Me,' will be launched in September and it is hoped three more short films by the end of the year, one of which will focus on bullying in the secondary sector.

Joseph McCarthy, writer, director and producer with Black North, which he founded, said: “We have already sourced school ties and shirts and will need to source jumpers, trousers and skirts too.

“In between times, we will complete the third part of our Troubles’ Trilogy, so we will be very busy for some time. We will also be casting for new members when the lockdown lifts.”

Joseph said Black North Productions was formed to get the message out there that the North of Ireland 'is not a place to avoid, not a place of hate and despair.'

He added: “The North of Ireland is a beautiful place, populated by friendly people who have been trapped by history that is not of our making. We aim to show the positive aspects of Northern Ireland, that is second to no other place in artistic talent.”

Joe explained how Black North came into being.

“We came about due to a marked lack of opportunity for people who had artistic ability, but in essence no real outlet. I began writing poetry and plays some years ago and I wrongly assumed that long established arts venues would nurture new talent.

“A good example of this was when I tried to get one of my plays performed in the city. I approached the then chief executive of that venue and spoke with a panel of their governing body regarding getting some assistance to have my play produced. Unfortunately, I quickly discovered that there was an insular attitude and mercenary outlook, which left me both surprised and disappointed.

“Needless to say, I have had no contact with either that venue or those 'art experts' since. It’s interesting to note, that the play I approached them with which was called 'Enough is Enough' won the University of Ulster’s Greer Garson Award for Theatre soon after that meeting. I formed the impression that I was being 'grilled' on that occasion and that in itself, was an unpleasant experience.

“I came up with idea of forming Black North Productions and at that particular time, the North of Ireland was being avoided by many people from the Republic of Ireland and the UK. The 'Nordies' were cast in a dark light that we simply did not deserve to be in that position. I set out to show that we in the North, and in particular our city, can produce poetry, plays and short films that can be deemed as artistic works of the highest quality.

“There was never any formal meeting or expressions of interest highlighted at that time. I came up with idea, developed the idea, enlisted the help of others who were of the same mind-set, both regarding the attitudes of outsiders to the North of Ireland and the dismal lack of assistance that prevailed in the city and unfortunately still does to a large extent.”

Black North's first film was 'Wish You Were Here.'

Joe explained its storyline: “It revolved around a writer played by Greta McTeague, who whilst writing a detective novel gets, side-tracked by the historic events that have happened in the city. The film opens in 1969 and in her mind she imagines she is speaking with the people from that time. The central character is the likeable and fair- minded Michael Quinlivan. I intended to produce a Trouble’s Trilogy moving from 1969 to 1984 and then to present day.

“The theme was in essence about the 'Trouble’s' children, who lived through that period, suffered so much and yet seamlessly formed bonds with total strangers who shared the same experiences and through those experience formed bonds that still exist today.”

To date, Black North has made six films – as well as 'Wish You Were Here,' there has been 'Right Reasons For Wrong,' 'Long Shot,' 'F1-11,' 'Unlucky Lucky' and and'Snowflake Generation.'

Joseph added: “We will premiere 'Stealth' by the end of the month and have quite a lot of work completed on our final 'Troubles' film, 'Half Ticket No Return.' but due to such a large cast and the urrent restrictions, we have had to put that one onhold.”

He added: “It is set in both present day and the future and shows our technical abilities and innovations through an intriguing storyline that will make people sit up and think. It is very much an Orwellian piece with a modern twist.”

Black North is currently working on Grief, telling the story of loss due to the pandemic.

Joe said it came about 'for a number of reasons.'

He added: “Having known so many people who have lost loved ones and listened to their heart-wrenching stories of not getting to say that final goodbye, or to be there when they felt they were most needed, made me feel that there needs to be some kind of closure. A chance to say that final farewell.”

Joseph conceded the film's topic was 'difficult topic' to deal with it.

He said: “As we all know, Covid-19 has had a devastating effect on so many people and has brought entire countries to a standstill.

“It was a difficult topic to deal with in a sensitive and constructive way, I have done my best to alleviate the sense of loss and hurt that this terrible virus has caused.

“I really hope that we, as a team, have done that. From our extras, who will play mourners, to the bikers who will escort the coffin into the city, to our choir and central characters played by Jamie Coll, Chantel Carlin, Gabriel White, Kieran Dallas, Corey Hanna and Dean O’Donnell, I really hope we have.”

So, how did the bikers become involved?

Joseph explained: “Gerry McGeady, a leading light with Centurions MC, is the main man when it came to organising bikers.

“Gerry is a well-respected biker of many years and has strong connections to the world of bikers and, in particular, the local clubs.

“I have to thank him for all his efforts in bringing together a dedicated bunch of bikers in the form of The Exiles RC and The Centurions MCC.

“The bikers are a great team to work with and they are keen to become involved in 'Grief' as they too understand the immense sense of loss felt by so many people.”

He said: “The pandemic has made casting for parts very difficult for us, but we have done our best to continue to bring in new members and 'Grief' will comprise of several new member and a younger cast.

“Quite often, a member will suggest a family member who would suit a part or a friend or relative and once we give that person a piece to perform and have a chat with him/her, we then film them and take it from there.

“We are proud of our wide and varied cast members.

“We have people from all backgrounds such as: bricklayers, plasterers, council workers, accountants, health care workers, secondary school pupils, students, basically from every walk of life.

“Some people were hesitant and lacked confidence, those same people are now much more confident and outgoing.

“Indeed, this has been one of greatest achievements to date, to see people develop and grow in confidence, people who would never have had an opportunity to become involved in film.”

To continue reading this archived article for FREE,
please just kindly register and/or log in.

Register / Login
ADVERTISEMENT
Advertise with Us

Advertise With Us Clare Live

BREAKING: 2020 Olympics in Tokyo to be deferred

Black North Productions founder Joseph McCarthy with his 'director's hat on' during the filming of 'Grief.' 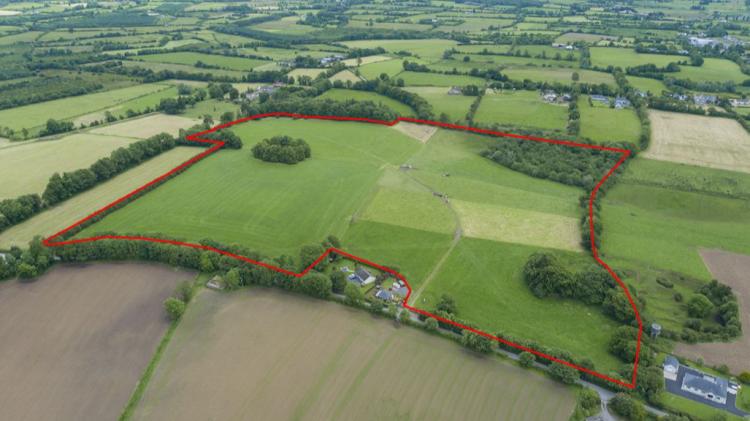 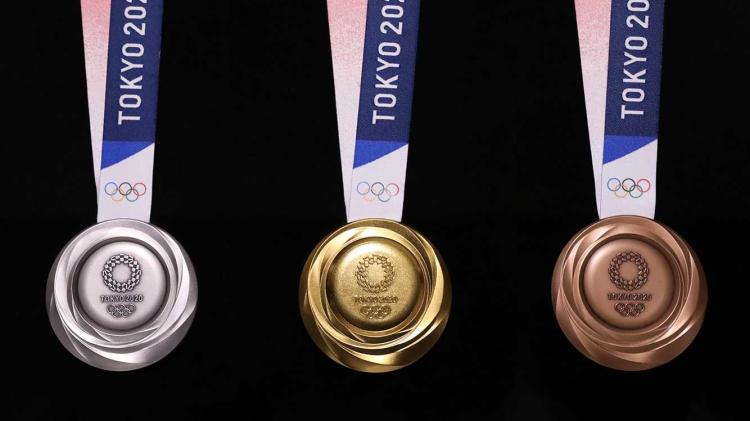 BREAKING: 2020 Olympics in Tokyo to be deferred