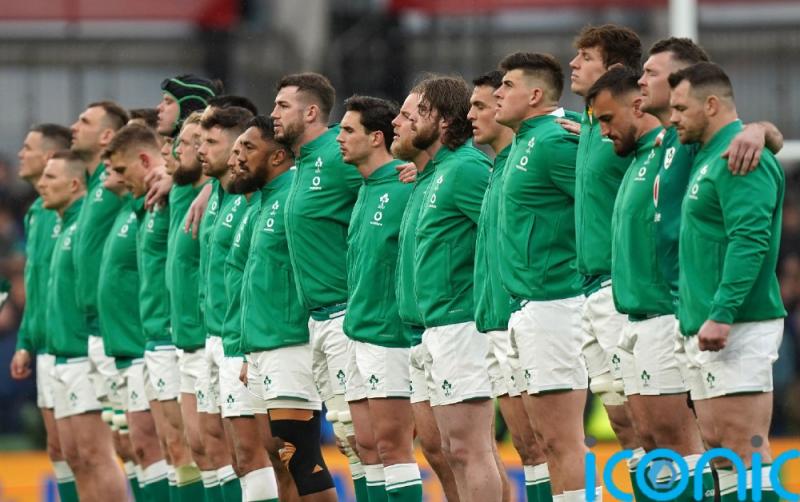 Australia-born Hansen was thrust into Saturday’s Guinness Six Nations opener against defending champions Wales and responded with a man-of-the-match display in a crushing 29-7 win.

The 23-year-old teed up fellow Connacht man Bundee Aki for the early opening try in Dublin and did not look back as he remained a constant threat on the left flank.

Hansen, whose mother hails from Cork, originally learnt of his place in the team from Aki but was not entirely convinced his team-mate’s information was genuine.

“Bundee told me I was in the squad but I hadn’t heard anything or seen an email, so I didn’t know if he was taking the p*** or not,” said Hansen. “It was a bit hard to believe him.

“When the sheet came up and it had my name up, I was just stoked, absolutely stoked to be involved with this team and it was great.

“To get my first Ireland cap is something I will remember for ever and ever.

“I’m trying to breathe it all in. I’m feeling pretty amazing, to be honest.”

Speaking of advice received from Farrell, Hansen added: “He said: ‘if you can’t be yourself, there’s no point putting on the jersey’.

“When Andy says something like that it sticks with you. Just go out there and enjoy yourself, that’s all you do at the end of the day.”

Dominant Ireland cruised to victory over the depleted Welsh, with Andrew Conway’s second-half brace and a solo score from Garry Ringrose sealing a deserved bonus-point victory.

Hansen’s elevation to international level came on the back of some scintillating displays at provincial level since moving to Galway from Canberra-based club Brumbies last year.

The United Rugby Championship’s leading try scorer, who filled the void left by the injured James Lowe, was able to savour the moment he was named star man on the public address system and promptly made an emotional phone call home at full-time.

“It was in a break (in play) so I did hear it,” he said of being picked as man of the match.

“I think I did a little smile here or there. It was a special moment. I did get to enjoy it a little bit.

“I gave my parents a call. It was good to talk to mum and dad and my brother Jake to enjoy this experience with them.

“They were just stoked for me, they were proud. They were a bit the same as me, speechless.

“They couldn’t make the trip over, unfortunately, but they definitively did all they could to make this is a special week for me.”

Hansen, who has scored six tries in nine appearances for Connacht, was presented with his green jersey by club-mates Aki and Jack Carty.

The former Australia Under-20 player is well placed to retain his spot away to France next weekend after impressing coach Farrell.

“We’re not surprised – he’s got the temperament for handling debuts,” Farrell said of Hansen’s maiden display.

“He’s very cool, calm and collected in how he plays the game and it suits how we play as well.

“We want to be nice and controlled in how we make decisions and I thought he was pretty smooth at times.”

Captain Johnny Sexton, who kicked Ireland’s other nine points, said of Hansen: “He’s a good guy, which is the most important thing.

“He’s bedded in really well into the group and his performance speaks for itself.

“He’s got a game which is made for international rugby, so hopefully he continues to grow with us. It’s a great start for him.”