RACING: The horse worth a bet in this weekend's Epsom Derby 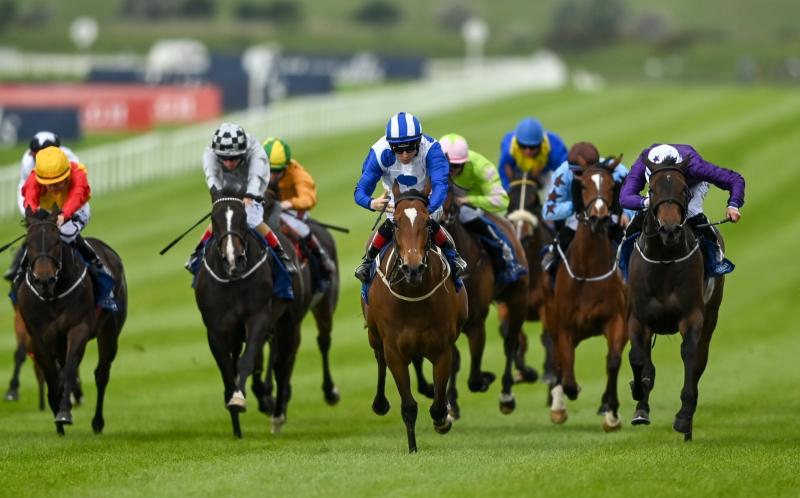 RACING: The horse worth a bet in this weekend's Epsom Derby

The ultimate test of the thoroughbred takes centre-stage on Saturday afternoon with the £1.5 million Derby the highlight at Epsom Downs Racecourse.

The 12-furlong Classic event has an illustrious roll of honour which includes Nijinsky, Reference Point, Sinndar, Shergar, Galileo, Sea The Stars, Camelot, Australia and many more. Last year’s event was won by Adayar for Godolphin and they are again well-represented. However, Sir Michael Stoute, who has already tasted five victories in the Derby, saddles ante-post favourite Desert Crown.

We have previewed the action, along with the other highlight at Epsom on Friday which is the Classic equivalent for fillies, the Cazoo Oaks. You can get some of the best odds from the SBK Sportsbook app.

Desert Crown bids to give Sir Michael Stoute his sixth win in the Derby and his first since Workforce in 2010. The three-year-old was a brilliant winner on debut at Nottingham towards the back-end of last season and powered to glory on his only start so far this term, when careering away to victory in the Dante Stakes. Kris Kin, also trained by Stoute, followed a simila path to Derby victory in 2003 and the Freemason Lodgee handler is hopeful of a huge run from his latest potential superstar. Set to be partnered once again by Richard Kingscote, Desert Crown is a short price 7/4 jolly for what he has achieved thus far, but there is no telling where his progression will stop.

Aidan O’Brien has eight Derby wins to his name, his latest victory came in the 2020 running with Serpentine. He is triple-handed in this year’s event, but the pick of his team looks to be Stone Age. Highly-tried as a juvenile, he finally broke the maiden tag on his return when scoring by nine lengths at Navan in March and then went on to provide the master of Ballydoyle with his 15th victory in the Leopardstown Derby Trial in May. The son of 2001 hero Galileo, Stone Age bids to become the first horse since High Chaparral to complete that double. O’Brien also saddles Changingoftheguard who backed up a smooth win at Dundalk in April when powering to victory in the Chester Vase last month, whilst Dee Stakes scorer Star Of India completes O’Brien’s triumvirate.

Charlie Appleby recorded his first win in the Derby courtesy of Adayar last year and his three runners are headed by Nations Pride who impressed when successful at Newmarket last time. Walk Of Stars finished a good second in the Lingfield Derby Trial where he displayed his engine, but also his inexperience, whilst Nahanni boasts winning form at the track, having won the Blue Riband Trial in April.

Donnacha O’Brien failed to win the Derby as a jockey, but has a live contender in Buckaroo who won the Ballysax Stakes at Leopardstown in April. He is also the mount of Frankie Dettori.