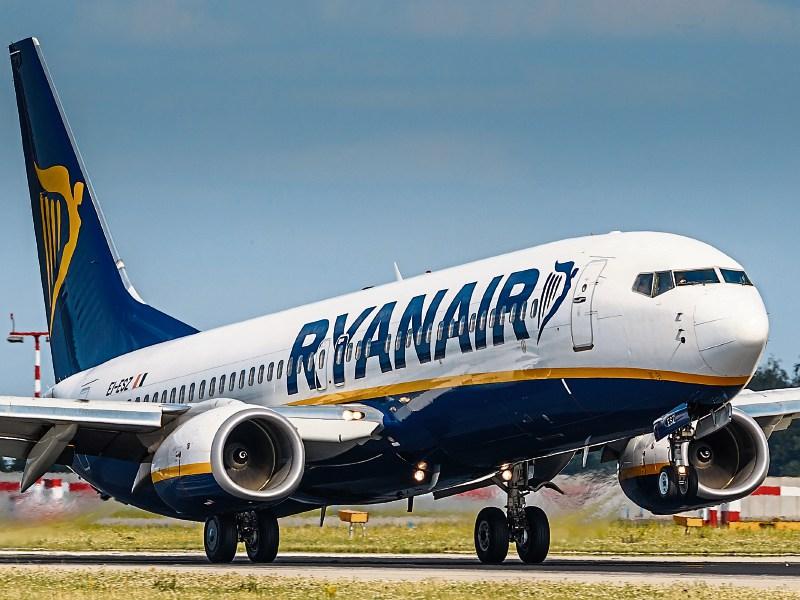 Ryanair is marking 35 years of operations in Shannon Airport

RYANAIR has said it did consider moving flights away from Dublin Airport at the height of the recent delays in the capital – but ultimately decided against it.

Earlier this summer, many passengers were forced to wait hours at Dublin Airport due to staff shortages and lengthy security queues.

At the time, it sparked calls from Limerick’s business lobby to move some flights, at least on a temporarily basis, to Shannon in order to ease the congestion in Dublin.

Speaking on the matter for the first time, this week, Ryanair’s head of communications Jade Kirwan said: “Logistically, it wasn't feasible.”

She told Clare Live. “We were looking at every possible way we could alleviate any of the pressure. There are a lot of logistics going into a flight. It’s not simply a case of picking up a plane and moving it to a different airport. There are slots to consider, there is forward planning. Also in terms of our passengers, not everyone is able to travel to different airports particularly a distance away. Even in terms of crewing, getting crew down there who might be based in Dublin and beyond would have been tricky."

Ms Kirwan made the comments during an interview to mark Ryanair’s 35th anniversary in Shannon Airport.

Back in July 1987, the budget airline ran its first service to London Luton Airport. Now, it serves 24 destinations.

“It’s a big investment to make, one which we don’t make hastily, but one where we feel there is value which will return that investment,” she explained, “The fact we chose Shannon for that is again a really strong indicator of our relationship with Shannon and our commitment.”

On top of this, with its base in Shannon, Ryanair is responsible for around 250 jobs, with 880 positions reliant on the budget airline.

Much was made of company chair Michael O’Leary’s comments over the end of the era of the €10 ticket.

“We are always going to be low-cost, the lowest of the bunch. It’s our bread-and-butter. Although prices will go up, I don’t think they will be extortionate either,” she concluded.