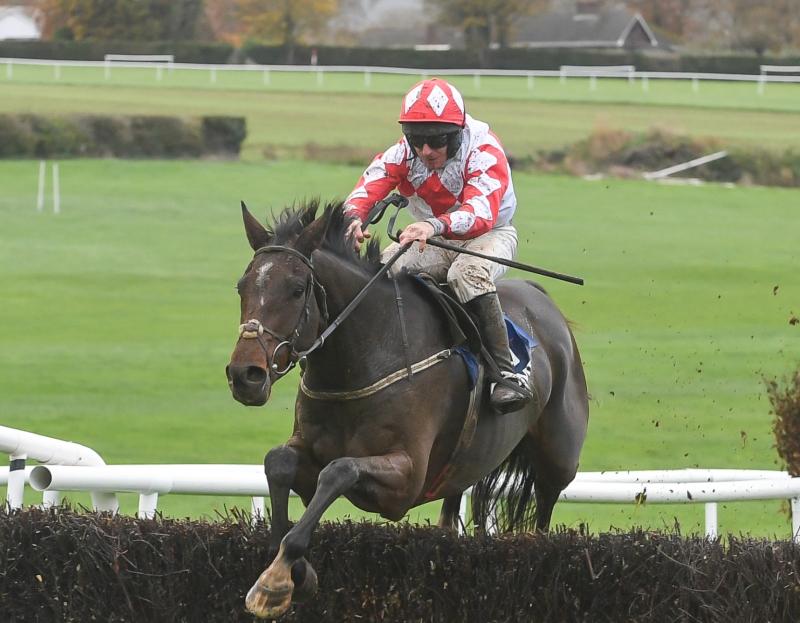 Quin trainer Donie Hassett landed the two and a half-mile handicap chase with Sunnyvilla at Clonmel on Thursday. The six-year-old landed a fair gamble in the process, a 25/1 chance overnight, he opened up at odds of 10/1 at the track and was returned the 3/1 favourite. A welcome winner for Phillip Enright, he came from of the pace to lead at the second last fence and pulled away to score by five lengths from the Eoghan O’Grady-trained Presenting Point.

In other Mid-West news, Chris Hayes and Dunboyne, County Meath trainer Luke Comer are a combination worth following and they landed the opening two-mile handicap at Dundalk on Wednesday afternoon with Bradesco. It was all-too-easy for the 11/2 chance which raced clear inside the final furlong to win by three and a quarter lengths from the John McConnell-trained Yamato.

Limerick's Billy Lee notched up two winners at Dundalk on Friday night where he was successful on horses trained by Andy Oliver and Darren Bunyan. He won the eight-furlong nursery handicap on Chaos Control for the County Tyrone trainer, the 4/7 favourite scoring by a length and a quarter from the Keith Clarke-trained 66/1 outsider Holy Divine. The brace was completed when he made all the running to win the second division of the 10-furlong handicap on the Bunyan-trained Limit Long. Owned by the Straight To Victory Syndicate, the five-year-old added to his Laytown success when seeing off the Ado McGuinness-trained Lily Of The Glen by a neck at odds of 14/1.

Enda Bolger dominated the Risk Of Thunder Chase at Punchestown on Sunday where he landed a 1-2 for owner JP McManus. The Derek O'Connor-ridden 5/4 favourite Shady Operator ran out an easy winner in the end, going clear from the final obstacle to beat Midnight Maestro and Mark Walsh by seven lengths.

Irish trainers captured further Cheltenham success with three winners at the track on Friday afternoon. There was a total of 23 Irish-trained winners at the Festival at the racecourse in March and trainer Charles Byrnes scored the most notable success this time as the Donie McInerney-ridden Blazing Khal landed the Grade 2 Ballymore Novices’ Hurdle at odds of 9/2 in the colours of Byrnes Bloodstock Limited. Philip Rothwell, a Cheltenham Festival winner with Native Jack in 2006, won the novices’ handicap hurdle on Friday’s card with the Oliver Barden-owned Mc Alpine. The 33/1 chance was ridden by James O’Sullivan and came home a two and a quarter-length winner from the Fergal O'Brien-trained Castel Gandolfo. Earlier on the card, Rachael Blackmore and Henry de Bromhead scored a most amazing success with Gin On Lime in the novices’ chase. In a two-runner race, 4/9 favourite My Drogo fell at the second last fence when holding a narrow advantage but remarkably Gin On Lime all but came do too, slithering to a halt before quickly getting back to her feet with Blackmore somehow managing to keep the partnership intact. If Blackmore had come out of the saddle, the 7/4 shot would have been out of the race too but she popped the last on the five-year-old and the pair came home alone.