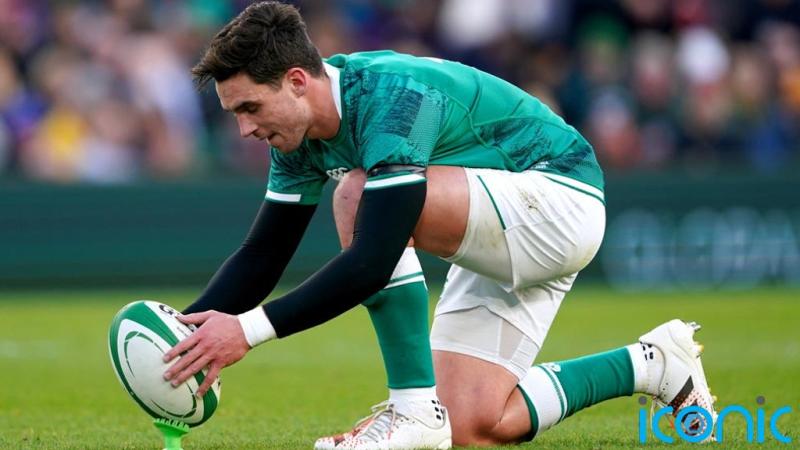 Ireland will bid to get their Guinness Six Nations title challenge back on track on Sunday afternoon when Italy visit Dublin.

The Irish suffered a 30-24 loss away to France in round two of the championship, while the Azzurri’s miserable form continued at home to England.

Here, we pick out some of the main talking points.

Captain Johnny Sexton finds himself in the unusual position of being on the bench this weekend. Having recovered from the hamstring issue which kept him sidelined at Stade de France, the 36-year-old was hoping for a recall. But rival fly-half Joey Carbery has been given another opportunity to impress. Sexton has only once appeared as a substitute in the green jersey during the past 10 years – coming on for Carbery in the opening Test of the 2018 tour of Australia. The Leinster veteran – who has designs on playing at next year’s World Cup – will hope being left out remains a rare occurrence with games against England and Scotland on the horizon.

All to play for

Ireland’s Grand Slam dreams evaporated following a pulsating Paris defeat a fortnight ago. But Andy Farrell’s side do not have too much reason to feel dispirited. They responded strongly to a sloppy start against Fabien Galthie’s formidable French and very nearly pulled off a remarkable comeback. While that narrow loss – which ended a nine-match winning run – may have left them playing catch-up in the tournament, belief remains high in the camp and championship success is far from out of the question. Ireland will be expected to win – and win well – against opposition whose sole success on Irish soil came 25 years ago to give fresh impetus to their title push.

Fleet-footed full-back Michael Lowry has consistently excelled for Ulster, thrilling spectators through his virtuoso attacking skills and try-scoring ability. The diminutive 23-year-old trained with Ireland’s squad last summer and has finally been rewarded with a Test debut, in place of the rested Hugo Keenan. Lowry is pure box-office, possessing blistering pace and the ability to unlock the tightest of defences. He will line up in an exciting, new-look back three, flanked by fellow international rookie Mack Hansen and the fit-again James Lowe. The electric trio have the potential to light up the Aviva Stadium.

Italy’s Six Nations struggles are well-documented. Kieran Crowley’s men are aiming to avoid a 35th consecutive defeat in the championship. Many feel that dismal record devalues the competition. Yet persistent debate about the Azzurri potentially being removed was quashed just last week. A statement from tournament organisers came only five days after Italy were thumped 33-0 by a much-changed England side. With the threat of expulsion now banished for the foreseeable future, the Italians will be desperate for an improved showing in their ongoing quest to end a lengthy losing streak stretching back seven years. Ireland, meanwhile, will be seeking a bonus-point win and a significant boost to their points difference.

Head coach Farrell has made a total of six personnel changes to his starting XV, split evenly between the forwards and the backs. His only enforced alterations come up front. Injuries to Ronan Kelleher and James Ryan have resulted in a full Test debut for hooker Dan Sheehan and a maiden Six Nations start for lock Ryan Baird. With Kelleher out for the remainder of the championship, Sheehan has a chance to seize the number two jersey, while Leinster team-mate Baird will also be eager to stake a claim for further action. Peter O’Mahony is the other man handed an opportunity. The experienced flanker is promoted from fringe player to captain on his first championship start since being sent off in Wales on the opening weekend of the 2021 tournament.