The majority would prefer to own their own home in five years’ time, however very few expect to realise these aspirations

“We are Generation Rent” is the theme of this year’s annual Tenant Sentiment Survey 2022 carried out by Threshold, Ireland’s national housing charity.

Threshold uses this survey to give a voice to the experience of its clients, of Generation Rent, their aspirations and frustrations. The term may conjure up an image of young 20-something-year-olds living in house shares, but now refers to those in their 40s, 50s, 60s and older. Almost two thirds of the respondents to the survey were 35 or older.

The reasons behind this desire to exit the rental market are clear, with almost half stating they do not feel secure in their tenancy. These feelings of insecurity were felt most strongly by adults heading one-parent families.

In 2021 Threshold assisted almost 20,000 households throughout Ireland. Some have delayed starting a family, others have experienced homelessness, been unable to accumulate any savings for a rainy day, had to couch-surf or move from one house share to another, as subsequent landlords sell up.

They worry about their future, whether they will still be renting when they retire, what will happen to their children if they must move house and school again, and what will they do if their rent increases.

The percentage of people who are renting because they cannot buy their own home has increased from 49% in 2020 to 64% in 2022 – a 15% jump in just two years.  Threshold Chief Executive Officer John Mark McCafferty said that the current housing crisis affects many groups of people across Irish society:

“Tenants’ feelings of security in the home have deteriorated since 2020, the outset of the pandemic.  In 2022, only 38% reported feeling secure in their home. This is unsurprising as only one fifth of those who participated in the survey left their last rental home out of choice and one in four were evicted as the landlord was selling the home or needed it for their own use.

“When it came to moving, 92% found it difficult or extremely difficult to find a new rental home. This is across all family types, income ranges, ages etc. This crisis in the rental sector is being felt across the board.”

Minister for Housing, Local Government and Heritage, Darragh O’Brien TD said the Government are aware of the issues being faced by many renters and are delivering on several fronts to help alleviate the housing issue:

“The Threshold Sentiment Survey further emphasises what I hear on a regular basis as Minister and as TD in one of the youngest and fastest growing constituencies in Ireland.

“We desperately need to increase the supply of homes and while I know it can be very hard for people to see, we are on the right pathway, with housing permissions, commencements, completions, purchases, and mortgage drawdowns all up to record levels.

“Through €4BN annual investment we are ensuring that the State is the biggest actor in housing and we will provide record numbers of social homes under the Housing for All plan.

“The survey also refers to the majority of renters wanting to own their own home and that’s why the Government have put affordability and homeownership at the heart of the Housing for All policy.

“I want to commend Threshold on another informative survey and I will continue to work alongside Threshold, and all NGOs on the important work they do.” 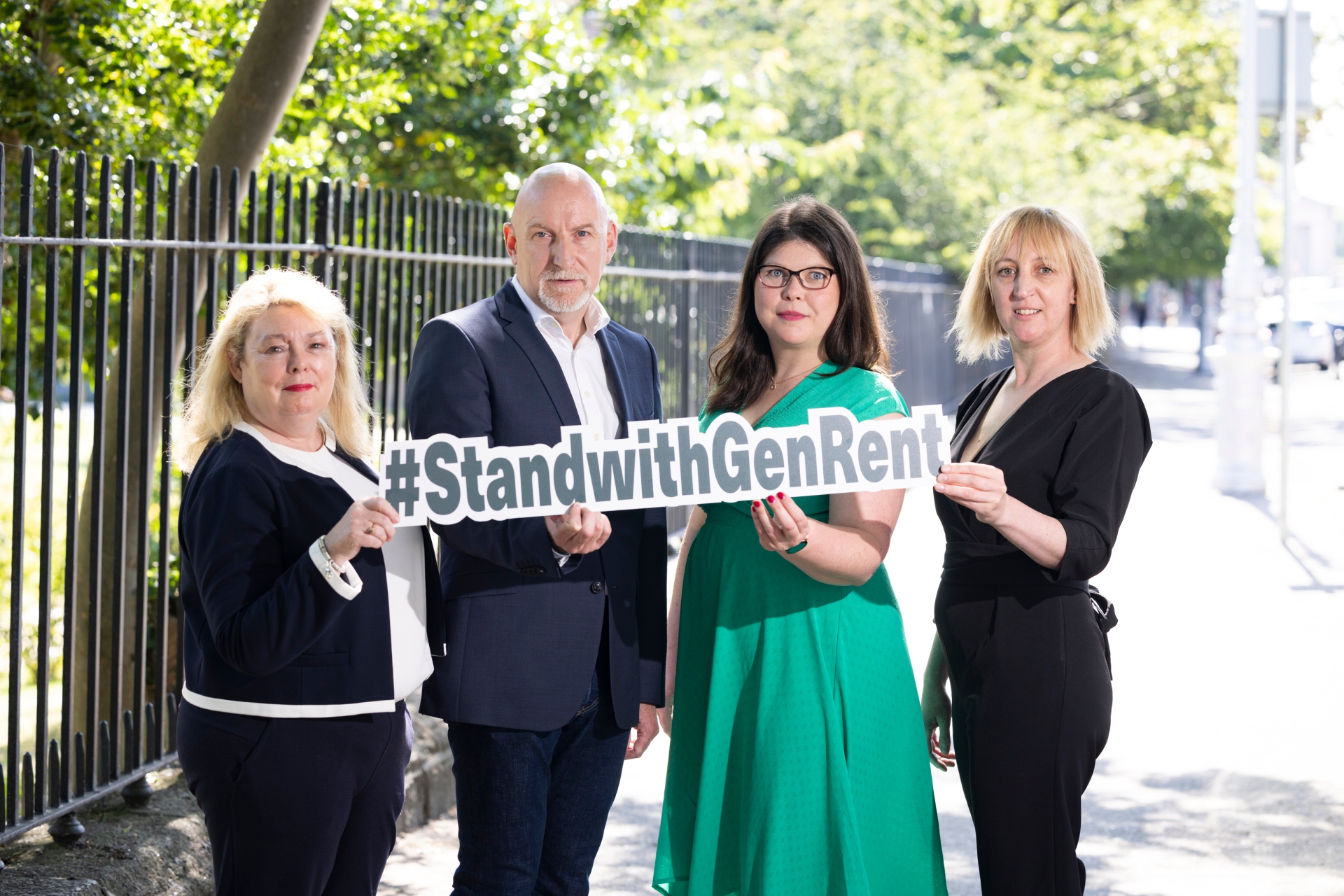 Ciara Walsh, a participant in Threshold’s Tenant Sentiment Survey 2022 who is set to speak at the launch event, echoed these feelings and fears as she faces eviction due to her landlord selling her home of almost two years.

Ciara, a qualified nurse and mother of a young daughter attending primary school, has rented throughout her adult life. Due to a sudden illness, Ciara’s work hours have become limited, meaning that she is reliant on the Housing Assistance Payment (HAP) to stay in her rented home.

Previously, Ciara and her daughter were forced to move as her landlord was selling the home and this situation is now repeating itself. Ciara is faced with the challenge of finding a new home to rent in a short number of weeks before she faces eviction as her landlord is selling her home.

After searching for four months and finding very few options, Ciara now worries that she will not find a new home in time.

To address these issues which make renting undesirable, insecure and unsustainable, Threshold has set out a number of key policy recommendations. These recommendations include increasing the overall supply of social housing, cost rental and affordable purchase.

The charity recognises the Government’s commitment to this and the investment of €4 billion a year, however, urges them to not only deliver on targets but exceed those targets.

“Tens of thousands of people need these homes as soon as possible. To address these issues in the short to medium term, it is essential that small scale landlords are kept in the market.

“Threshold recommends doing this through changes to the tax system, for example, applying a lower tax rate on rental income generated from properties owned by small landlords subject to long-term lease agreements for 10, 15 or 20+ years. We understand that this is currently under consideration.

“Such agreements would also improve security of tenure as a landlord could only evict for breach of contract.

“Threshold welcomes the Minister’s recent announcement to increase the discretionary HAP (Housing Assistance Payment) rate by up to 35% and increase the single persons’ rate to meet that of couples.

“We hope however, there will be a complete review of the base rates and a review of the HAP administrative processes, to make it a more effective form of social housing support.”