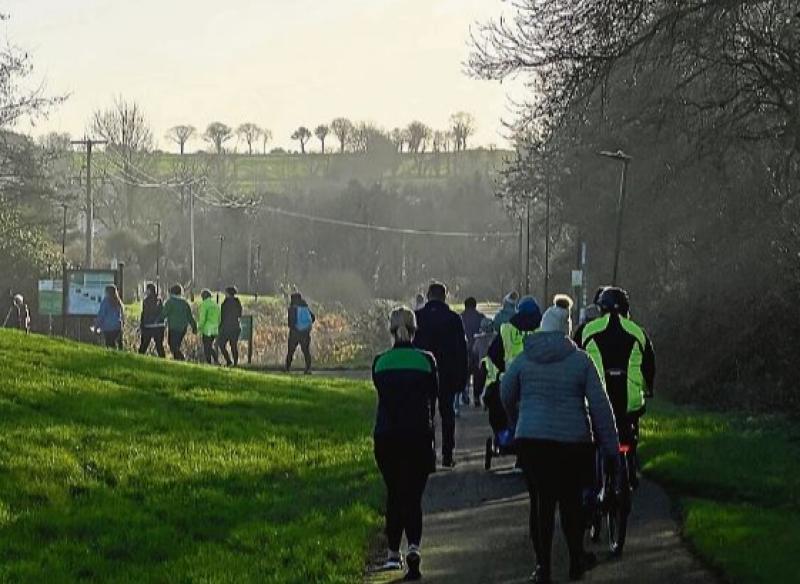 The period of Covid-19 restrictions resulted in significant fluctuations in physical activity among the Irish public, a new report has found.

While record levels of activity were measured at one point in 2020, according to Sport Ireland’s latest Irish Sports Monitor published on Tuesday, the level of inactivity had returned to the pre-pandemic level by the end of 2021.

There was also a drop in female participation in sport in that period.

The Irish Sports Monitor (ISM) has measured adult participation in sport and physical activity since 2007. The latest report, produced in conjunction with Ipsos MRBI, presents findings based on interviews with over 8,500 adults aged 16 and over conducted between January and December 2021.

Participation in sport has declined during the 2021 ISM wave, with 40% of the population playing sport regularly – a 6 point decline since 2019.

Minister of State for Sport the Gaeltacht Jack Chambers TD said: “This latest sports monitor further underlines the role sport and physical activity played in all of our lives over the course of the pandemic. Our National Governing Bodies and Local Sports Partnerships worked tirelessly throughout the pandemic to ensure that members and the wider public were engaged and motivated despite the many challenges that existed.

"The fact that club memberships have remained stable over this period indicates the incredible role played by the volunteers, coaches, players and parents in local clubs all over the country who are the heartbeat of grassroots sport in our communities. I am pleased the Government was able to help the entire sports sector in this period with unprecedented levels of funding supports.

"I note also nearly one in four people took part in online exercise classes during the Covid-19 pandemic. Such innovation is emblematic of the resilience of  the overall sports landscape.

“Of particular importance to me is ensuring that sport and physical activity is welcoming and accessible to all. In that regard it is heartening to see that a majority of club members agree that ‘Everyone knows they are welcome’ in their club.

However the moderate level of support for inclusion measures shows that there is still work to be done in this area. Together with Sport Ireland, we will continue to introduce and implement ‘SportForAll’ measures to ensure the sport is truly open and accessible to people of all ages, backgrounds and abilities,” Deputy Chambers said.

The proportion of Irish adults classified as ‘Highly Active’ (considered to be meeting the National Physical Activity Guidelines) has increased significantly since 2019, from 34% to 41%. Similarly, the proportion that is sedentary (did not participate in any activity during the past 7 days) is broadly unchanged over the same time period, (2021: 11%; 2019: 12%).

Chief Executive of Sport Ireland Dr Una May commented: “Throughout 2021 we saw a significant change in the nature of sports participation. This is primarily attributable to the negative impact of the pandemic restrictions. While indoor and team-based activities were negatively impacted, activities such as cycling, weights and running saw higher levels of participation. The challenge for all of those in the sport system now is ensure that new participants are encouraged and supported to stay, while those whose participation may have lapsed are enticed back.

“Sport has always been a force for unity in Ireland and this is reflected in so many people seeing the Olympic and Paralympic Games as a source of increased national pride and togetherness. Nearly 9 in 10 people agreed that Irish athletes ‘set a positive example for others to follow’, while two-thirds believed the Games brought the country together. We are proud of our athletes and the example that they set.

"While the research found that the motivating force of the Olympics on adult participation is not particularly strong, three quarters of those surveyed people believe that the Olympics inspires children to participate in Sport,” Dr May said.

According to Sport Ireland, a change in the nature of sports participation can be seen, with indoor and team-based activities negatively impacted by the pandemic restrictions and activities such as cycling, weights and running seeing higher levels of participation. These changes impacted people differently.

For example, the gender gap in sports participation has widened to the same level measured in 2017, possibly due to restrictions related to indoor activities as well as swimming and gym-based activity which tend to have higher levels of female participation.

However, the gender gap is still at a much lower level than at the start of the ISM series.

The socio-economic gradients in sport has widened during the pandemic, with those in employment, of higher socio-economic status and with higher levels of education significantly more likely to be involved in sport and physical activity.