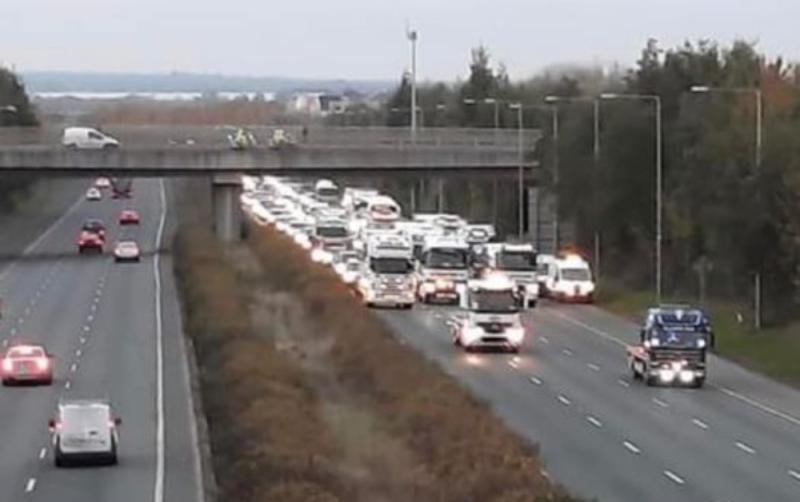 Significant traffic delays are being encountered this morning as truckers protest against rising fuel prices.

Gardaí have warned of significant traffic disruption this morning around the capital.

The protest has been organised by the Irish Truckers Haulage Association Against Fuel Prices group.

They say they want "lower costs and lower taxes, rebates are no good."

The HGV and LGV owner operators aim to converge on the Dáil.

The sound of protest pic.twitter.com/Fb1jVyTDU7

"All roads lead to Kildare Street or as far as we can get. When we stop, don't move," the group outlined in a Facebook post.

Within the last hour, a slow moving convoy reached Newlands Cross on the M7.