Government missing the mica redress deadline is "just not on", says TD 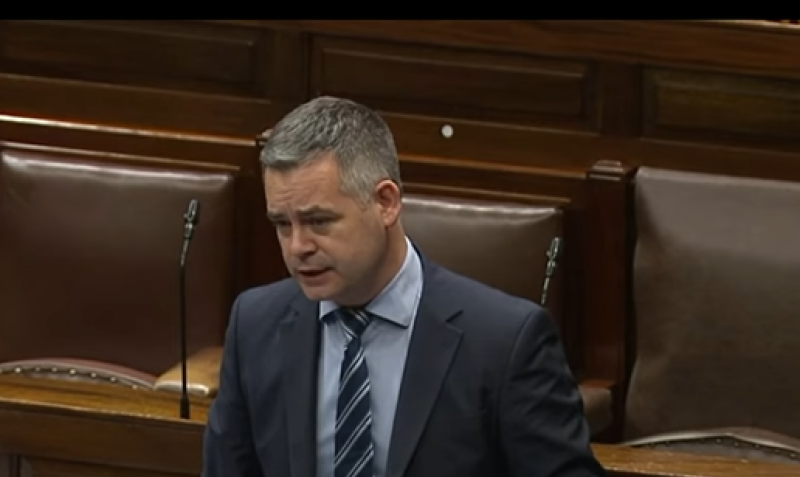 Government missing the mica redress deadline is "just not on", says TD

A Donegal TD has stated that government missing the Mica redress deadline is "just not on".

Deputy Pearse Doherty made the comment yesterday before the reading of the second stage of the Finance Bill 2021.

He said, "I am deeply disappointed, to say the least, that the Government is going to miss the deadline once again to do what is right by the families in Donegal and elsewhere who are suffering as a result of no regulation or light-touch regulation. Their houses are crumbling around them.

"The extended deadline, November 9 is now going to be missed by the Cabinet because you haven't got your act together. That is not acceptable to the many many families who are in mental turmoil waiting for the Government to do the right thing. It is not on."

Details of an enhanced scheme for mica-affected houses was set to come before Cabinet on November 9.

However, according to the Irish Independent, a spokesperson for the Housing Minister stated a memo on the new scheme will not go before ministers next week.

Deputy Thomas Pringle also spoke on the matter and said news of a delay "sickens" him.

He said, "I saw a newspaper report mention 9 December and I thought it was a misprint but it must actually be right. We will now have to wait until then when yet another deadline will pass and this just seems to keep on going and going. What more needs to be discussed other than the fact that 100% redress for these families is necessary?!

The current Defective Concrete Blocks Scheme, known in Donegal as the Mica Redress Scheme, financially assists homeowners with damages caused by the use of defective concrete blocks in construction.

The maximum grant available under the scheme is €275,000 in cases where the entire building needs to be demolished to foundation level and rebuilt.