RACING: Your guide to day three of the Galway Festival 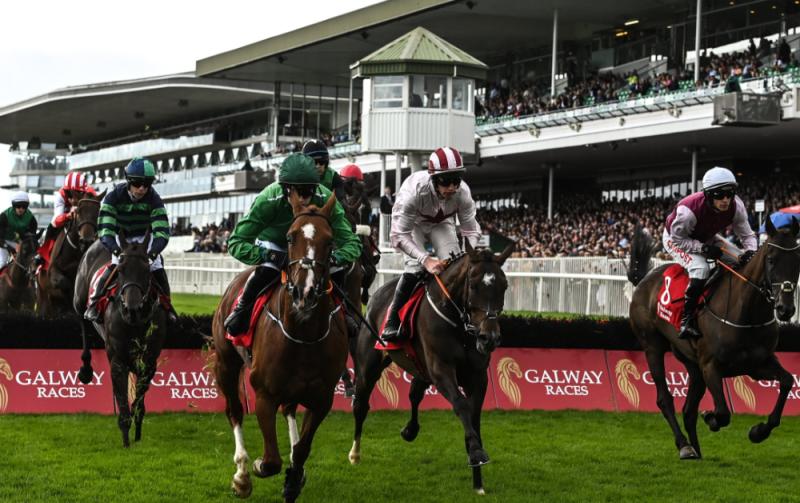 The undoubted highlight on the card is the €270,000 Galway Plate which is one of the feature races of the week. PIC: Sportsfile

The Galway Festival continues on Wednesday evening with other cracking races for punters to enjoy at Ballybrit.

The action begins at 5.10pm and concludes at 8.20pm. The Jumps course is Good to Yielding and the Flat course is Soft, Yielding in places. You can find the best odds at Boylesports Galway Odds

The undoubted highlight on the card is the €270,000 Galway Plate which is one of the feature races of the week. The Shunter was a brilliant winner at the Cheltenham Festival last term, but he has struggled over both fences and hurdles this term. He bounced back to form with a confidence boosting win in a maiden back on the level at Sligo in May and he has to be respected for powerful connections.

Cape Gentleman was successful at Punchestown and Cork last term and fell at Fairyhouse when last seen in November. He tends to run well fresh and clearly has plenty of quality about him. He therefore has to be one of note along with Fire Attack who was a smooth winner at Punchestown in May and warrants a second look.

Gabynako was second in the Arkle at the Cheltenham Festival and went on to fill third at Punchestown last time out. Hewick won the Sandown Gold Cup in April and warmed up for this event when second at Ballinrobe over hurdles in May.

El Barra is also interesting having scored at the Punchestown in April and he along with the likes of prolific scorer Easy Game represent Willie Mullins. Course and distance scorer Early Doors is another name to note along with Gordon Elliott’s duo Ash Tree Meadow and Hurricane Georgie who both come into the race having won their last three starts.

Other interesting runners include smart hurdlers Ronald Pump and The Jam Man. Gin On Lime tasted success at Cheltenham last season and also runs in the contest. Course and distance scorers Discordantly and Battleoverdoyen both take their chances, whilst the likes of Annamix, Castlegrace Paddy, Daly Tiger, Notebook, A Wave Of The Sea, Unexcepted and British raider Exelerator Express complete the field of 22 for one of the highlights of the week.

Elsewhere on the card, the opening Maiden Hurdle at 5.10pm features the interesting Dawn Rising who was formerly trained by Aidan O’Brien and was last seen back in July 2020 finishing second in the Bahrain Trophy. 748 days have come and gone since that event, but he is clearly a fascinating for Joseph O’Brien and JP McManus.

He takes on two interesting runners for Willie Mullins which are headed by Champ Kiely. He made a winning debut at Limerick in a bumper in May and is the choice of Paul Townend in the two mile and five furlong event. Mullins also saddles Lasparas who was fifth in a maiden hurdle at Tipperary on his second start over hurdles, having previously impressed when making a winning debut in a bumper at Tramore last year.