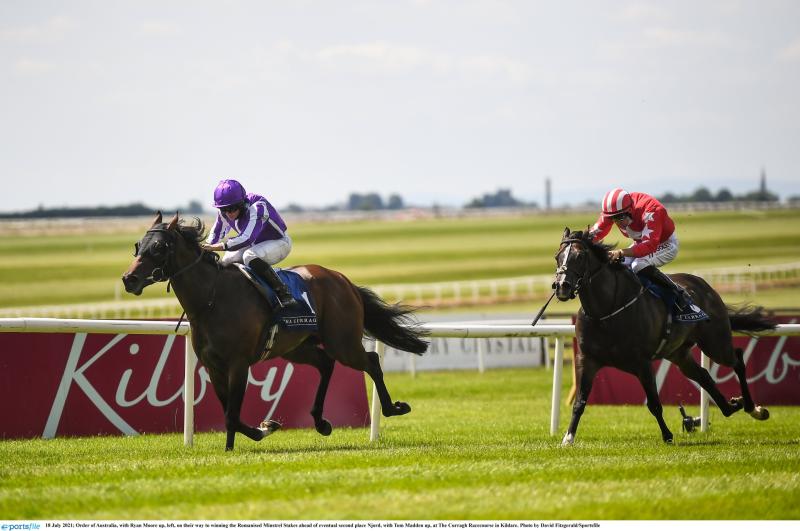 Ryan Moore has enjoyed plenty of success at Royal Ascot in recent years and the Classic winning rider is relishing next week’s meeting in which he has a strong book of rides for Aidan O’Brien and Sir Michael Stoute.

The multiple Classic winning rider is particularly looking forward to his ride on Kyprios for O’Brien in the Gold Cup on Thursday. The four-year-old is unbeaten in two starts this year, backing up victory in the Vintage Crop Stakes at Naas with a routine win in the Saval Beg Levmoss Stakes at Leopardstown last month. The son of Galileo is yet to race beyond 14-furlongs, but Moore believes Kyprios has a leading chance in the two-mile and four-furlong Group One in which he faces three-time winner Stradivarius and Trueshan.

He told Betfair: "My one horse to keep an eye on this year is Kyprios in the Gold Cup. Both of Kyprios’ performances this year have been very good and he has given me a good feel. He gives every indication that he is not stopping in his races and he is a really exciting horse.

“He is taking on Trueshan who would want it softer and Stradivarius who won at York and will want quick ground. Ground conditions will therefore be important on the day. I think Kyprios will handle most ground, quick ground will not be an issue. He is a very uncomplicated horse and we have been very impressed with him this year.”

Moore and old ally Sir Michael Stoute team up with the hugely exciting Bay Bridge in the Prince Of Wales’s Stakes on Wednesday as the four-year-old steps up to Group company for the first time. Unbeaten in his last five starts, the son of New Bay backed up Listed victory at Newmarket in October when making a successful reappearance in the G3 Brigadier Gerard Stakes at Sandown in May, blitzing his rivals by five lengths in the process.

Bay Bridge could take on Japanese raider Shahryar along with former winners Lord North and Addeybb. Discussing his chances, Moore continued: “Bay Bridge is a lovely horse who has been brought along gently. It was a good performance at Sandown beating some very good horses. He is now going into Group One company, but we are looking forward to it. It will be a lovely surface at Ascot and it will suit.”

Moore also discussed what it was like to ride for both the Queen and Aidan O’Brien who he believes will go down as the greatest trainer of all time.

He continued: “It’s fantastic to ride for the Queen. I’ve been lucky to ride for her since I was an apprentice. It has been a real privilege and an honour. The best thing about riding for the Queen is that she knows the sport given her understanding of the sport, having been involved from such a young age. She takes winning and defeat exactly the same. It has always been an absolute pleasure to ride for her

“My victory on Estimate in the Gold Cup at Royal Ascot was a very special day. I was very fortunate to have been riding Estimate for her at the Royal Meeting and it was a great day. Royal Ascot is one of my favourite meetings of the year. It is high quality racing nad it is the best week of racing in the year - it is special.

“When riding for Aidan, you are riding for the trainer who is going to go down as the greatest trainer of all time. Working with everyone at Ballydoyle and Cooolmore, I am very fortunate to have had a long association with them. Everyone looks after you so well and everything is done to the highest level. The attention to detail is important, it is just magic really.”