Top US official touches down in Shannon Airport for vital talks 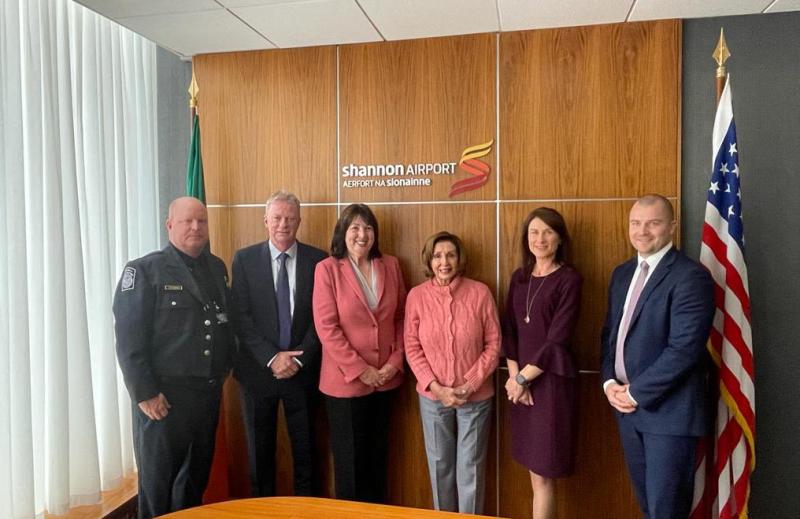 SHANNON Airport welcomed a top US official for talks on the Northern Ireland protocol this afternoon.

The Speaker of the House of Representatives Nanci Pelosi touched down in Shannon Airport for talks with the US Ambassador to Ireland, Claire Cronin and CEO of Shannon Airport Group Mary Considine.

Ms Pelosi landed in Clare a day after leading a congressional visit to Armenia amidst rising tensions and military clashes with Azerbaijan in the past week.

She met with Minister Suren Papikyan to convey America's support for Armenia's security. "On behalf of the United States Congress, we condemned Azerbaijan’s attacks & spoke about the need for peace and security," she wrote on Twitter yesterday.

Ms Pelosi was greeted to the West of Ireland airport today by ambassador Cronin before the pair discussed “the importance of the UK and EU reaching a negotiated solution on the Northern Ireland Protocol,” ambassador Cronin said on Twitter.

"A resolution would be a net win for the region’s economy and political stability in the long-term - for all its communities,” Ms Cronin added.