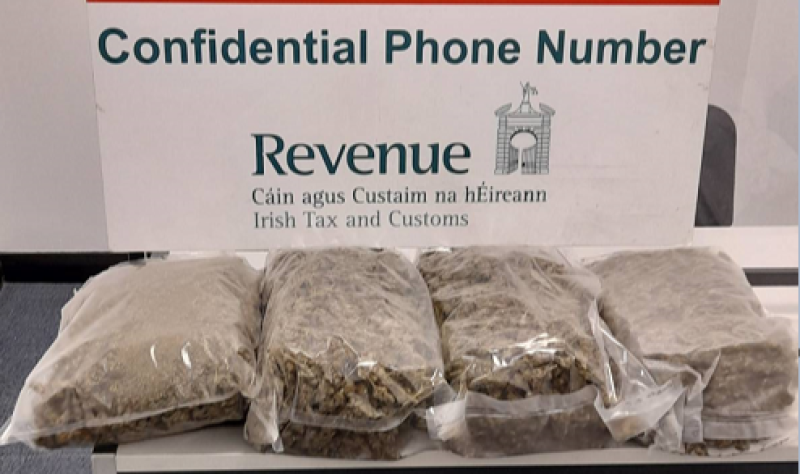 Revenue made the seizure on Tuesday, September 6

A SIGNIFICANT consignment of drugs bound for an Irish address has been uncovered at Shannon Airport.

On Tuesday, September 6, as a result of routine operations, Revenue officers seized over 4kgs of herbal cannabis, with an estimated value of €80,000, at Shannon Airport.

The illegal drugs were concealed in a parcel that had originated from Italy and were destined for an address in Cork City.

On September 7, as a result of routine profiling, Revenue officers at Rosslare Europort seized approximately 200,000 cigarettes with an estimated retail value of €150,000, representing a potential loss to the Exchequer of almost €118,000.

The illegal cigarettes, branded ‘Dunhill’, were discovered with the assistance of Revenue’s mobile x-ray scanner when Revenue officers stopped and searched a Bulgarian registered truck and its accompanying trailer, that had disembarked a ferry from Dunkirk, France.

Investigations into both seizures are ongoing.

These seizures are part of Revenue's ongoing operations targeting the shadow economy and smuggling.

If businesses, or members of the public, have any information regarding smuggling, they can contact Revenue in confidence on Confidential Phone Number 1800 295 295.