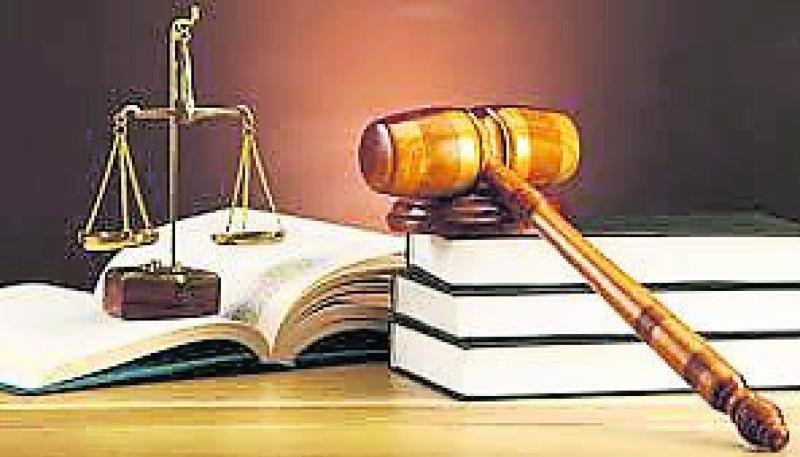 The Supreme Court has overturned a decision to grant Clare Co Council orders requiring members of the Irish Traveller Community to vacate lands they had been residing at for several years.

The council had secured an injunction from the High Court requiring Bernard and Helen McDonagh, and members of their family, to immediately vacate council-owned lands at Cahercallamore, Ennis, Co Clare.

The mandatory injunction, granted in 2019, was to remain in place pending the outcome of the full hearing of the dispute.  The injunction was upheld on appeal by the Court of Appeal in 2020.

Giving the court's decision Mr Justice Gerard Hogan said the lower courts had erred in their decisions that the McDonagh's had not raised a fair case in the context of the injunction application.
The Irish Human Rights and Equality Commission was an amicus curiae or friend to the court in the proceedings. before the Supreme Court.

The McDonaghs had previously lived at traveller-specific development known as Ashline, close to the lands the subject of the proceedings, between 1998 and 2012. That development was destroyed by a fire.

They then lived in private rented accommodation until 2017 when they moved their caravans and mobile homes onto lands near the Ashline site.
Seeking the injunction, the council claimed the McDonaghs were not only in unlawful occupation of what is a green field site but had also breached the 2000 Planning and Development Act by constructing unauthorised development in the form of a stone road and a “courtyard” between the dwellings.

Giving the court's decision Mr Justice Hogan said that one hundred years after the state was formed a distinct group – the Irish Traveller community – remains a vulnerable minority at the margins of Irish society.

The members of that community have struggled for recognition of their own cultural identity and way of life, he said.
While any dispassionate observer would recognise that there has been fault on both sides, the fact remains that the legal system has not found it altogether easy to accommodate the distinct cultural traditions of the travelling community within its traditional ambit of protecting and enforcing property rights, enforcing laws restraining trespass and legislation designed to give effect to legitimate planning, zoning, and environmental concerns.

"The present case exemplifies many of these difficulties," he added. The Judge said that those who unlawfully occupy land or engage in unauthorised development can still enjoy constitutional protection. The force of that protection "is greatly diluted" because there remains a strong presumption in favour of enforcement of planning laws.

What the court had to consider in this case was if that presumption can be discharged.

This case involved an application for a mandatory interlocutory injunction, something that should be "a steppingstone towards a trial and not, in practice, treated as a means of obtaining a summary judgment".

He said that when conducting a proportionality analysis in the context of a mandatory interlocutory order, a court need only be persuaded that there are factors that exist that raise a fair question as to whether such an order would be disproportionate.
A factor to be considered in this case included that the rights of a vulnerable minority group who have struggled for recognition of their cultural identity and way of life, particularly as it fits in with planning law and land use, had been raised.
Another critical factor was that the case concerned an application brought by a Council in its role as a landowner and planning authority.

In this respect the McDonaghs raised an arguable point that the Council had failed in its duty as a housing authority to offer them suitable accommodation, having regard to Ms. McDonagh’s medical needs and the fact that accommodation previously offered had raised “compatibility issues”.

The Judge said that if a mandatory interlocutory injunction were to be granted, the McDonaghs would have nowhere else to go without necessarily trespassing on the lands of another party.

Normally a Council would be entitled to orders restraining trespass and the unauthorised use of their lands, he said.
However, in this case, the appellants had raised fair arguments by way of defence at this juncture and that the mandatory interlocutory injunction should not be discontinued.

The Judge said the court’s decision might have been different had the unlawful occupation and unauthorised development posed any immediate threat to the amenities of others, public safety, or any other similar pressing consideration.
In addition, if the situation had involved a purely private party, as opposed to a public authority, then the case for granting the order in question “would have been almost unanswerable.”

The Council, however, was not such a party, and therefore different considerations had to be considered in determining whether to grant such relief.