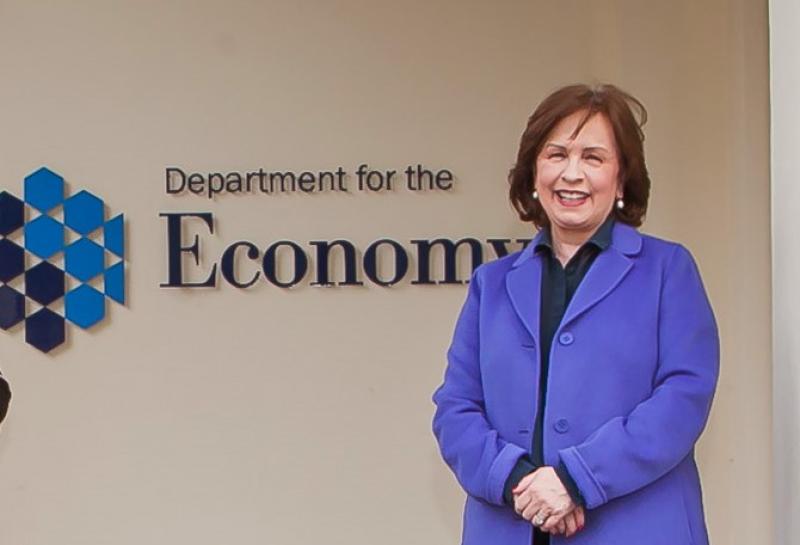 I was interviewed last week by the Belfast Telegraph because my frustration with the DUP and how they are managing the economy came out in a few tweets.

For the last few weeks, unless you’re living in a cave in Tibet, the DUP have decided the NI Protocol has to be scrapped.

After originally showing their displeasure for the NI Protocol, a realisation soon set in that Boris had done them over and with a majority of 80 in Parliament they had zero leverage.

On the Andrew Marr Show on January 3, 2021, the First Minister Arlene Foster gave an interview where she said there 'is a gateway of opportunity for the whole UK and for NI' after the UK-EU trade deal.

She went on to add that it was 'important' in NI's centenary year to 'take the opportunities that are there for all of our people'.

Further into the interview she added that 'the DUP didn't want the protocol but it is here. I have to mitigate against that and my job from now on is to mitigate against those excesses and hold the government to account for what they claimed would be unfettered access from NI to GB and also from GB to NI'.

That folks was January 3rd and apart from the odd rant from Jamie Bryson the next few weeks were relatively quiet.

We saw many stories of empty supermarket shelves right across the whole of the UK as the realities of Brexit came home to roost.

One commentator within the transport sector when asked about the difficulties being experienced said 'if you’re a parent its similar to when a child is teething. You experience some long painful nights then things settle and get a lot better'.

But before the teething had time to stop things took a dramatic turn.

On February 1st the Belfast Telegraph published a poll they had commissioned through Lucid Talk.

It showed the DUP on 19% of the vote which was their lowest poll rating in 20 years.

It also showed the TUV on their highest score of 7%.

SF were on 24% and on those numbers poised to take the First Minister role in 2022.

These dates are important because the language regarding the Protocol took a distinctly different tone at exactly that time.

The comments of Arlene Foster less than a month earlier live on BBC were ditched and the 'mitigation' word banished from the DUP vocabulary.

The DUP had decided on the back of the Lucid Talk Poll that the NI Protocol needed to be 'ditched'.

It's clear that they saw any attempt to shore it up as toxic and likely to leak more votes to the TUV.

No solutions or alternatives to the border in Ireland were offered or detailed. The DUP simply wanted it ditched and quickly.

I have given this six week timeline really as an introduction to why I am really frustrated with all of this.

The current 'howling at the moon' strategy being employed by the DUP won't work.

The British Government have signed an International agreement with the EU. The NI Protocol is an integral part of it.

Many believe, and it is underscored by the treatment of the DUP by the Tory party, that there is little sympathy towards NI or the DUP.

I have lost count of how many buses they have been thrown under.

The British and the EU will in my opinion mitigate most of the current issues that are causing trade issues East and West between NI/GB.

Shelves will fill up. Hauliers will find new ways of carrying their loads. Companies will get used to filling in forms and, in many cases, will work with government to make them more streamlined.

When this happens and there are no longer any major issues, petitions and demands will be just noise to Whitehall.

So why am I frustrated?

Lost in this grandstanding for votes is the fact that NI has suddenly found itself with an absolutely cracking sales pitch for Foreign Direct Investment (FDI).

We have suddenly become the only place on these islands that can trade freely with the UK and EU.

For years we have wallowed at the bottom of tables which track FDI into the UK.

When we look even closer to home and just across the border, we might be two parts of the same island but we definitely are on a different investment universe.

I've seen IDA close 100+ deals a year for decades and this has transformed the ROI economy into the Celtic Tiger.

Now is our time and the NI Protocol offers us a unique trading position and a real competitive advantage.

This fact is not lost on Kevin Holland, CEO of Invest NI.

He commented on February 4, 2021: "in the last 5-10 days I've had companies from New Zealand, the US, Britain and Europe talking to us about how this works and whether this is an opportunity for them."

Of course, it's an opportunity for them and for us.

Think about a cheddar cheese company in GB suddenly locked out of the EU.

If that company invests In NI and switches production here, then the EU market is back open for them.

This could involve a joint venture with a local company, an acquisition or a new investment.

The possibilities are endless.

This would all lead to jobs and a more prosperous society. Arlene Foster knows this. Deep down inside the Ex-Economy Minister, she knows this is a game changer for NI and what really frustrates me is the unwillingness to do the best thing for the people.

Scotland or Wales would jump at the chance if offered the deal we have.

The current stance of the DUP is untenable regarding the economy.

In a recent series of back and forth conversations it's clear that when solutions to real problems are offered to the Economy Minister Diane Dodds, she is reluctant to explore them and reverts to 'Ditch the Protocol'

This is not leadership. It is also not acting in the best interests of the businesses that the Department of Economy is meant to take care off.

When you think about it, the CEO of Invest NI is actively using the NI Protocol as part of a marketing campaign promoting NI as a FDI location.

His boss, and the Minister, Diane Dodds DUP is actively campaigning to have the NI Protocol scrapped.

She is basically pulling the opposite direction.

Picture an investment conference at the Waterfront Belfast in 2022 and the room filled with CEOs from all around the world.
Normally the Minister for the Economy would open this event.

Is she going to say, 'Come to NI and Invest and utilise the unique position and competitive advantage NI has due to the NI Protocol?'

If she isn't willing to do that then she is at odds with her department and should consider her position.

It's really not sustainable and will scare investment off.

What CEO of a company in the US/EU/UK would negotiate an investment package to locate here in NI to utilise that competitive advantage if the Minister is working tirelessly to have it scrapped.

The next 12 months will be tough for businesses trying to recover from the Covid-19 crisis and Brexit.

In NI and Derry, we now have a competitive advantage we have never had before.

The UK/EU will resolve the majority of the 'teething' problems that are affecting trade at the moment.

I have no doubt there is a resolve to do this and move on.

Closer to home we all have to get behind Invest NI and local councils and sell this part of the island globally.

This is our chance to be an FDI hotspot if we apply some vision to what we have.

We need an Economy Minister that represents the best economic interests of this place and doesn't put politics before economic reality.

I'm pragmatic and believe there is zero chance of the Protocol being scrapped.

Our efforts now should be to reduce trade friction and press the EU and British Government to allow free trade between GB/NI and vice versa.

We also need to get out there in a huge marketing campaign across the world and sell the 'Invest in NI Gateway to EU/UK" brand.

Howling at the moon to win back your base won't create jobs in East Belfast or Creggan but sitting down and talking and solving problems will.

Community ‘shocked and saddened’ over siblings’ deaths in Ballybunion incident

Tom Morrisey of Limerick is tackled by Dillon Quirke of Tipperary during the Munster GAA Hurling Senior Championship Round 3 match between Limerick and Tipperary at TUS Gaelic Grounds in Limerick.