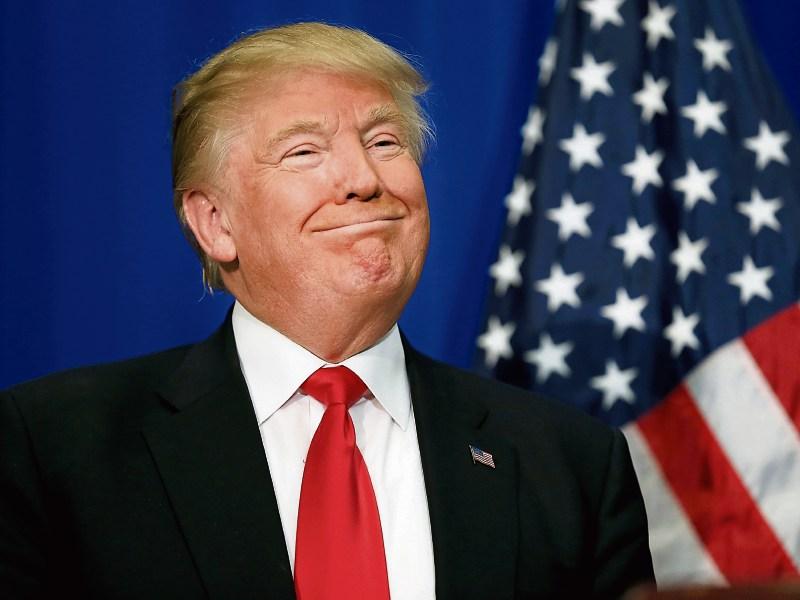 Former US President Donald Trump has boasted on social media that he scored a '100 per cent true' and 'magnificent' hole in one in a recent game of golf.

The controversial business mogul-turned-President made the statement after Republican Senate nominee Tim Swain tweeted a photo of Trump picking the ball out of the hole.

The photo was captioned: "Trump just made a hole in one!" and featured Mr Trump notably sporting a 'Make America Great Again' cap.

TRUMP JUST MADE A HOLE-IN-ONE! pic.twitter.com/89lrgsGkjT

Commenting on the alleged win, the 75-year-old said in a statement: "Many people are asking, so I’ll give it to you now, it is 100 per cent true."

“While playing with the legendary golfer, Ernie Els, winner of four Majors and approximately 72 other tournaments throughout the world, Gene Sauers, winner of the Senior US Open, Ken Duke, and Mike Goodes, both excellent tour players, I made a hole-in-one.

He continued: "I hit a 5-iron, which sailed magnificently into a rather strong wind, with approximately 5 feet of cut, whereupon it bounced twice and then went clank, into the hole.

"These great tour players noticed it before I did because their eyes are slightly better, but on that one hole only, their swings weren’t."

The New York native added that his hit took place "on the 7th hole, which was playing 181-yards into a slight wind."

While many commenters on social media applauded Mr Trump's claims, not all were quick to believe him.

And bench pressed 300lbs, ran a 4 minute mile, and nailed a half court basket...
Oh and never diverted tax dollars into his personal biz.

He also walked on water, turned water into wine, raised Lazarus from the dead, healed the lepers, & fed the multitude with cheeseberders, diet coke & KFC.

Trump is well-known for being fond of golf and he owns his own golf resort in Doonbeg, County Clare.