PEOPLE from across Limerick conquered their fears as they took part in an abseil down the side of Thomond Park.

Down Syndrome Limerick held its annual fundraiser, which saw participants climb to the dizzy heights of the stadium's west stand, before scaling downwards.

"It's iconic because it's Thomond Park, it's such a fabulous landmark in Limerick city, and we love the mantra Stand up and Fight because that's what we feel we are about at Down Syndrome Limerick. We stand up and fight for our kids, getting them services and getting them supports," said the charity's chairperson Ellen Tuffy.

While participants were asked to raise at least €250 to take part in the climb, many people surpassed that, with Ellen reporting the event had seen €35,000, which will help the expansion of the charity's activities into west Limerick.

"We have quite a lot of members living in this area, so it would be nice to be able to deliver those services close to their home," she said.

Due to the pandemic, Down Syndrome Limerick, which provides support to families and individuals with the condition through their life, has been unable to host its charity events, with this being the first one since before March 2020.

Among those taking part were mother-and-daughter duo Clare and Rebecca Archer from Ballinacurra.

"The hardest thing is getting on the ledge. That is terrifying, you have no sense of gravity whatsoever," said Clare, whose brother has Down Syndrome.

"He has awful challenges, but this was one challenge we could do to support him," added Rebecca. 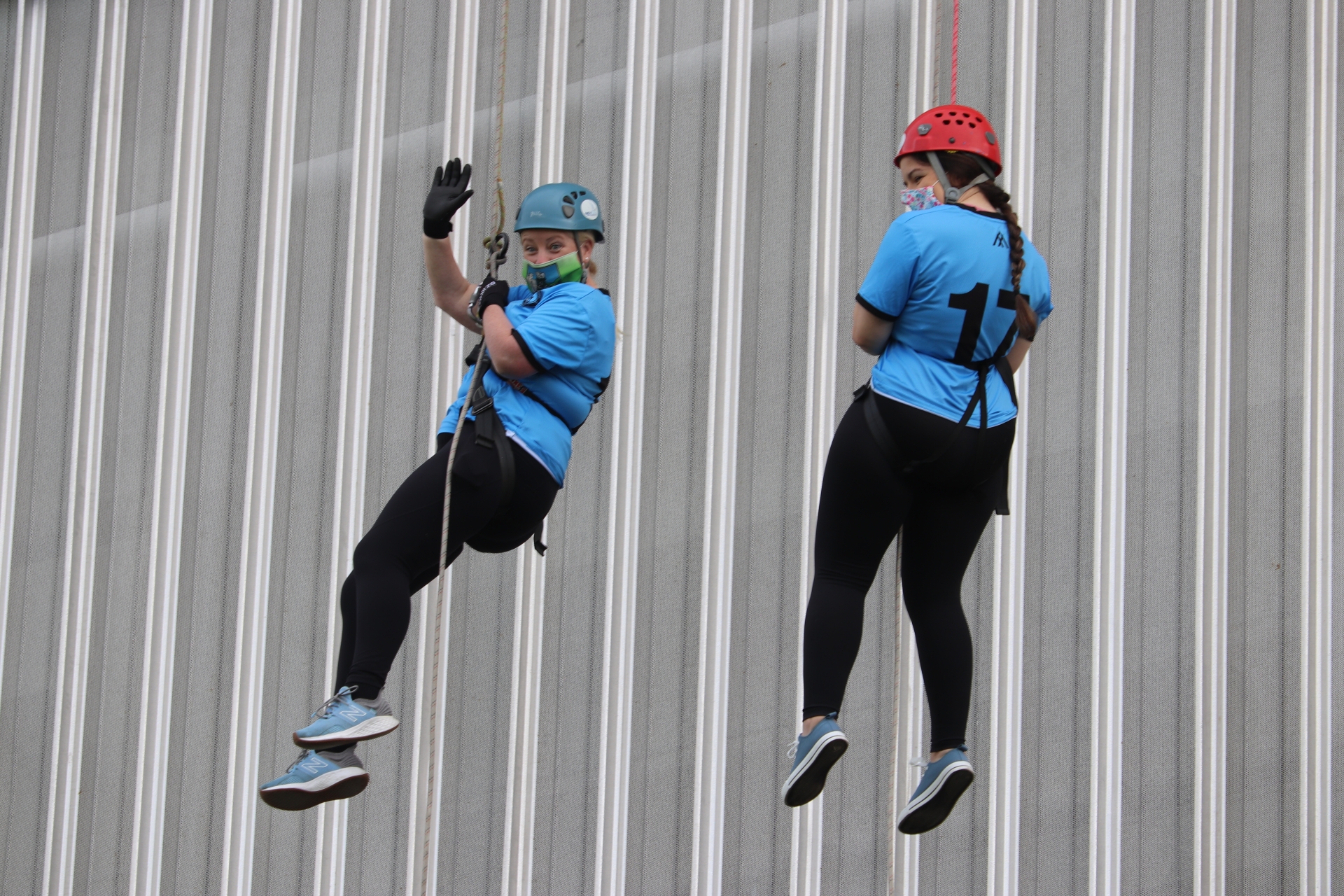 Above: Cllr Sarah Kiely and Liz O'Connor, mid-way down the stand

To make a donation to Down Syndrome Limerick, click here