A CHRISTMAS movie shot in Ireland that has aired in the US is getting a lot of attention online for its beautiful scenery.

Christmas at Castle Hart starring Lacey Chabert is a romantic comedy that was broadcast on the Hallmark movie channel last week.

The film follows Brooke Bennett (Chabert) who travels to Ireland to search for her Irish roots, there she meets Aiden Hart, the Earl of Glaslough played by Stuart Townsend.

After mistaking them for event planners, the Earl hires Brooke and her sister to host a prestigious Christmas ball at his castle. 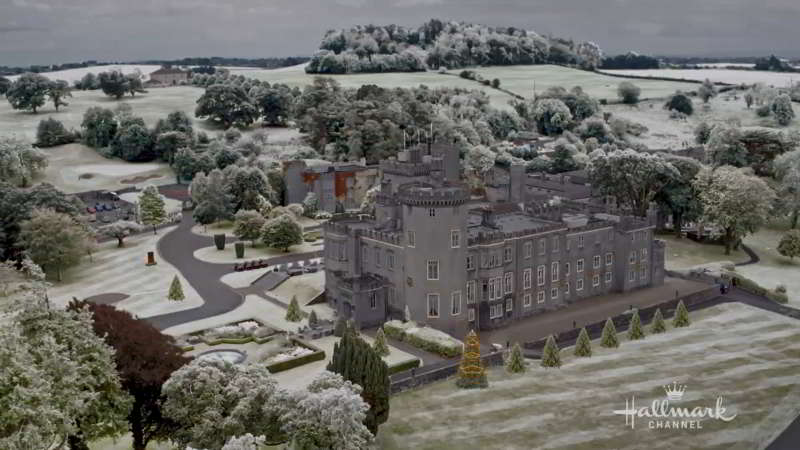 The castle featured in the film is one of the most famous sites in Clare, 19th century Dromoland Castle.

Actors from the film stayed at the five star hotel while shooting their scenes there and both the grand rooms inside and the grounds of the castle featured in the movie.

As well as Dromoland, the cast and crew visited Bunratty Castle and Folk Park where they filmed a Christmas market scene.

If you have seen the film then you will also recognise the craftsman's cottage as the Shannon Farmhouse which is also on the grounds of the folk park.

The filmmakers shot a lot of footage in Ennis with Knox's Pub making an appearance too at one point in the movie.

One of the most famous landmarks in Ireland, the Cliffs of Moher also feature in a horseback riding scene.