Andy Farrell’s men kept themselves in title contention going into the final round of the championship courtesy of a pulsating 32-15 bonus-point win at Twickenham.

Victory over Scotland next weekend in Dublin will guarantee the Triple Crown but Irish dreams of topping the final standings are reliant on England avoiding defeat to Les Bleus in Paris.

Ireland captain Sexton has great faith that Eddie Jones’ men – who played the majority of Saturday’s game a man down following Charlie Ewels’ red card after just 82 seconds – can do them a major favour.

“I think England have a great chance of winning next week, like they always do, because England are England, they’re one of the most dominant teams in world rugby,” said the fly-half.

“They were in the World Cup final only a couple of years ago, they’re building a new team and they’ve had some big performances themselves over the last six, seven months, beating South Africa and Australia in November.

“England are a very good team and we gave them huge respect. 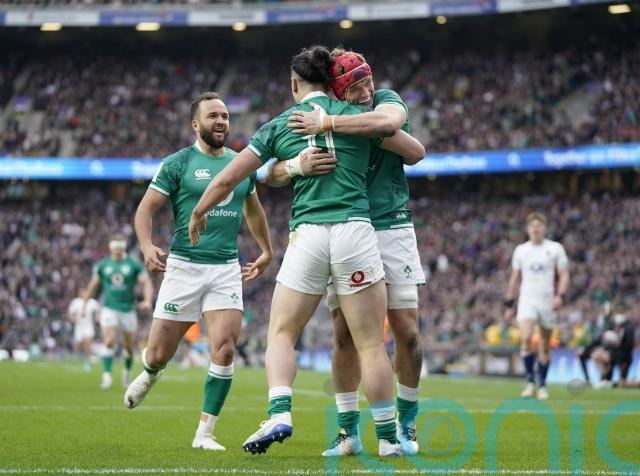 “We probably didn’t get the performance that we wanted throughout the game but I think we showed glimpses of it.

“And I think England could go and do some real damage to France next week.”

Ireland were given a major early boost in south west London when Ewels was dismissed following head-on-head contact with James Ryan.

Tries from James Lowe and Hugo Keenan helped the visitors lead at the break but depleted England impressively rallied to level at 15-15 with an hour gone thanks to five Marcus Smith penalties.

Amid a raucous atmosphere, error-strewn Ireland eventually made their numerical advantage count in the final 10 minutes as scores from replacements Jack Conan and Finlay Bealham moved them to within two points of table-topping France.

Sexton concedes that there is plenty to learn from a stuttering performance but insists the squad have already shifted attention to taking on the Scots.

“There’s lots we’ll take out of it and we’ll just build towards next week now,” said the 36-year-old, who kicked 12 points at Twickenham.

“We’ve got a chance to win a Triple Crown at home, in the Aviva. We’ve very rarely had a chance to play for something in the Aviva in front of our home crowd. Often when we have it’s been away from home. 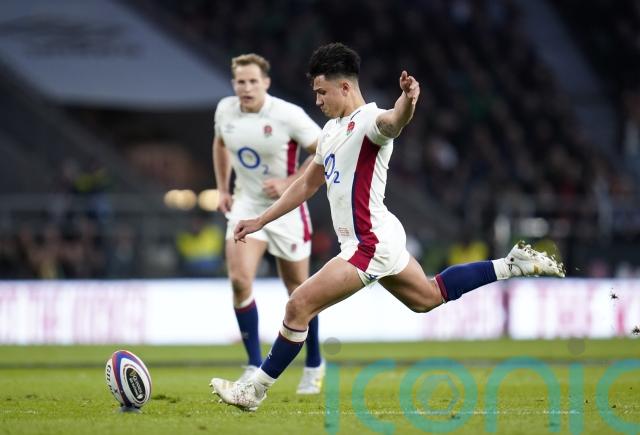 “Already in the dressing room, we’re very focused on what’s ahead of us.

“We look back obviously to learn but it’s a massive game now this week and already I think the focus has shifted.”

Asked about the exchange, he replied: “It’s the first time I’ve ever played against him, so I just congratulated him on controlling the game really well with 14 men and said best of luck next week and I hope that he wins.

“He’s a great player and he’s got a huge career ahead of him.”