Boy B who murdered Anna Kriegel was subjected to 'manipulation and pressure', Court of Appeal told 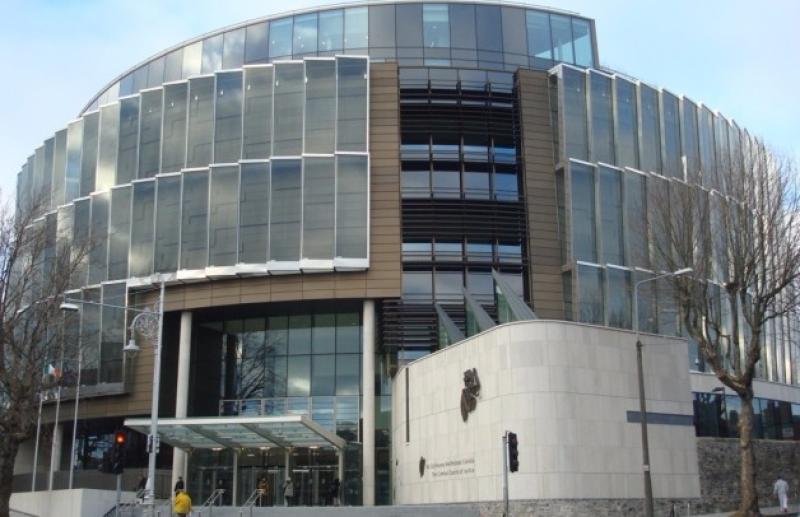 One of the teenagers who murdered 14-year-old Ana Kriegel was subjected to "manipulation and pressure" from gardai when he gave statements that were used to convict him, the Court of Appeal has heard.

James Dwyer SC, for the now 17-year-old who was named as Boy B during his trial, said that the prosecution relied heavily on those interviews and without them there would have been "almost no evidence against him". He said senior forensic psychologist Professor Susan Young had watched videos of the interviews and found they were "inadequate" and "inappropriate" for a 13-year-old boy given their duration, the use of manipulation and pressure, repetition and enactment.

The professor found that interviewing detectives engaged in an "overriding of caution" in the context of the defendant being a 13-year-old boy.

Boy B's lawyers want to introduce Professor Young's report, which is supported by Professor Gisli Gudjonsson, as fresh evidence so that they can argue that the garda interviews should not have been presented in evidence at his trial.

Brendan Grehan SC for the Director of Public Prosecutions told the three-judge court that Boy B has never disputed the final account given by him to gardai in those interviews. Instead, his lawyers used those interviews to suggest to the jury in his trial that he was just an "innocent bystander" who witnessed the "vile acts" of his co-accused Boy A, but did not participate in Ana's murder. Counsel said that in subsequent interviews Boy B has given to probation officers and psychologists he has given the same account with some added details.

Mr Grehan said he stands "one hundred per cent" behind the conduct of the detectives who interviewed Boy B. He told the court that the detectives had implored Boy B to tell them the truth in circumstances where they knew he was lying. They did so without raising their voices and used "perfectly valid" techniques for building rapport, counsel said.

President of the Court of Appeal Mr Justice George Birmingham, with Mr Justice John Edwards and Ms Justice Isobel Kennedy, reserved judgment on the application, saying the court intends to give its decision before the end of the legal term in late July.

Mr Dwyer said that Professor Gudjonsson had added to Professor Young's report, laying out research on the risks of interviews with children carried out by people who are used to interviewing adults.
He said that children give into pressure more than adults and concluded that the "mind of Boy B was substantially overborne". Counsel said Prof Gudjonsson found that the issue of Boy B being "unforthcoming" in the interviews was due to immaturity and that the account he gave of what happened in the house may have been misleading.

He said that children give into pressure more than adults and concluded that the "mind of Boy B was substantially overborne" and that the issue of him being "unforthcoming" in the interviews was due to immaturity and that the account he gave of what happened in the house may have been misleading.

Mr Justice George Birmingham told Mr Dwyer that the legal team that represented Boy B at trial raised no issue about the admissibility of the interviews. He said it was "pretty remarkable" that lawyers were now looking to introduce fresh evidence in relation to something that was never an issue in the trial.

Mr Justice John Edwards said Boy B's original legal team could have retained Professor Young or Professor Gudjonsson and that nothing Mr Dwyer was saying is new evidence, a requirement for it to be introduced at this stage.

Mr Dwyer said the court should consider the fairness of the process and the individual circumstances of Boy B when he was being interviewed.

Mr Dwyer also reminded the court that the defence had sought to call a psychologist during the trial who would have told the jury that Boy B did not lie to cover his guilt but because he was immature and didn't understand the consequences.

Mr Dwyer added: "I accept that it is unusual but, in my submission, it's a very unusual case"

Mr Grehan told the court that neither Professor Gudjonsson nor Professor Young had ever met or interviewed Boy B. Mr Grehan said it was also "extraordinary" that the two experts relied on by the defence were under the "illusion" that Boy B disputes something in his final account to gardai. Mr Grehan said there has been no suggestion that Boy B disputes any of the admissions he made to gardai.

Counsel added: "He has never disputed what he said at interview and furthermore, as far as I'm aware, that remains the position to this day. What is lacking entirely in this application is any suggestion that Boy B is saying even now today that there is something about what he said to the gardai that in some way is not correct or cannot be relied on. What is true is that he told lies and repeated lies; that was accepted during the trial."

He said it was clear that Boy B's trial lawyers were acting on their client's instructions which were to give innocent reasons for the lies he told throughout his interviews and to rely on his final account, in which he described himself as "an innocent bystander to the vile acts of Boy A".

The prosecution, counsel said, showed that Boy B lured Ana Kriegel from her home under the guise of a "romantic encounter" with Boy A. He took her to a "dirty, dark, derelict house" where he knew preparations were in place for their arrival.

He had provided builder's tape which was used during the strangulation of Ana and "voyeuristically watched as Boy A beat and sexually assaulted Ana Kriegel and took part in an extensive cover-up afterwards." He then lied repeatedly to gardai and others and "did it all in circumstances where he admitted that Boy A had expressed an intention of killing Ana Kriegel a number of weeks previously."

Mr Grehan said gardai "went out of their way" to respect the fact they were dealing with children. When searching the boys' homes gardai used hired cars and black plastic bags so it would not be obvious to neighbours that it was a "garda raid".

Mr Grehan also suggested that during the interviews Boy B had shown himself to be intelligent and articulate and that was borne out by an IQ test he did while in detention which placed him in the 94th percentile for intelligence.

Mr Grehan said this case doesn't "get near" the exceptional circumstance where the appeal court should allow new evidence to be heard. He said Boy B's defence had "picked their grounds" and competently ran their defence but the jury rejected their suggestion that Boy B had nothing to do with what happened.

"Seeking to redo matters now, but particularly without any change in the position of Boy B in respect of this matter, is unsustainable," he said.

Boy A and Boy B were found guilty by a Central Criminal Court jury in June 2019 of murdering Ana at a derelict house in St Catherine’s Park in Lucan in May 2018. Boy A was also convicted of Ana's aggravated sexual assault in a manner that involved serious violence.  Boy B lured Ana to the house on the pretext that Boy A wanted to meet her. When she arrived Boy A launched a violent attack on her.

Boy B was sentenced to 15 years’ detention, to be reviewed after eight years.

Boy A was sentenced to life imprisonment with a review after 12 years, and eight years imprisonment for aggravated sexual assault. No appeal has been lodged on Boy A's behalf.