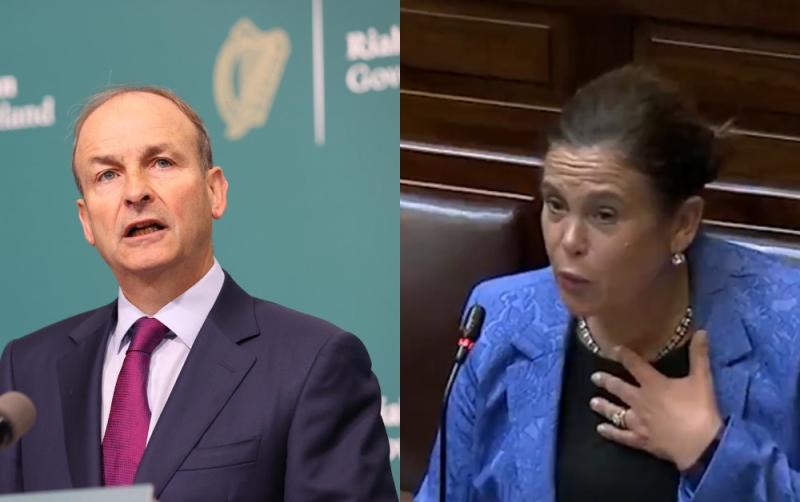 Working people are unable to afford their basic needs due to the rise in the cost of living, the Dáil has heard earlier today.

Sinn Féin leader Deputy Mary Lou McDonald said the party has had 14,000 responses on a cost of living survey. One respondent, Siobhan, said her diesel has risen to upwards of €75 per week to commute, an increase of €15 on the cost in June.

With a delivery of oil for home heating required, which is also increasing in cost, along with increasing food costs, Siobhan said: "I won't be able to meet my basic needs to survive".

Another couple, who have two children, say they are "drowning in debt" due to monthly rent of €1,200 and monthly childcare costs of €1,000. The husband is now signed out of work as he is " now suicidal". They described their situation as "devastating".

Deputy McDonald said they had proposals for Budget 2022, including a tax credit measure which would give renters a rebate of a month's rent.

"But you chose to cap fees at their current unaffordable rate and all you did was make it harder for people to light and heat their homes with another carbon tax hike," the Sinn Féin leader said.

"I want to ask you to temporarily cut to zero on these energy bills for the winter months to give people some breathing room... And I am asking you to do this as a matter of urgency," Deputy McDonald said.

There was no question that inflation had increased, Taoiseach Micheál Martin said, caused in some part by supply disruption due to the Covid-19 pandemic.

However, he said the increase in energy costs was due to issues in the global market, particularly in relation to gas, which was not due to carbon tax.

"The carbon tax is not the factor responsible for this inflation and you should try and present it as such," the Taoiseach said.

However, he accepted fully that prices are increasing and this meant they need to drive renewables even further.

"In the budget, we did bring in a tax package, worth about €520 million... which will give workers relief and will help them. It won't meet all of the additional costs, but it will help them," the Taoiseach said.