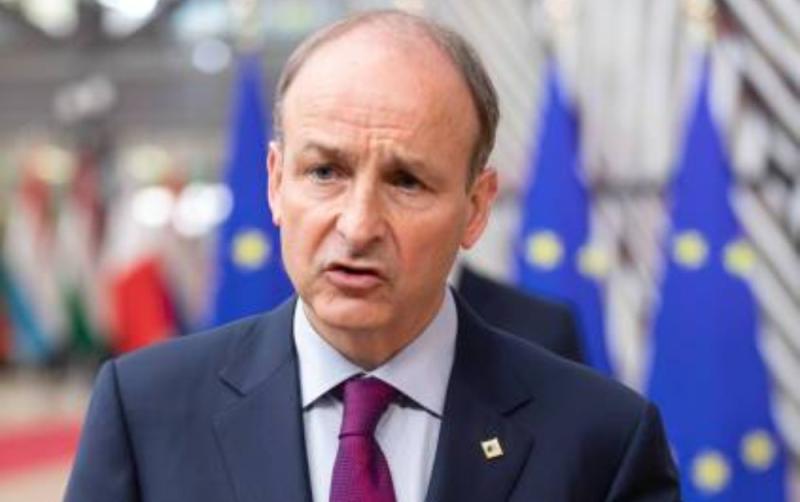 Micheál Martin said young people 'should be our inspiration' on climate change and 'are making it clear that it's their future at stake'.

The Taoiseach is currently attending COP26 in Glasgow, Scotland where world leaders are meeting to deal with and to discuss the ongoing climate issues facing the world.

Speaking with Morning Ireland, he said the government will publish the climate action plan with specific details, sector by sector, with measures that will be taken to reduce greenhouse gas emissions by 51% by 2030 and to be carbon neutral by 2050.

"No sector will escape." added An Taoiseach.

Micheál Martin said if we don't do anything then the impact of climate change will undermine our economic sustainability.

He said despite missing targets in the past, Ireland is in a strong position having passed a climate law that is comprehensive and sets legal imperatives on this government and successive governments to achieve targets.

Ireland has pursued the carbon taxation approach which is 'not popular'.

It disincentives the use of fossil fuels and gives funding to help the country long-term, such as the retrofitting of homes, making greater energy efficiency, dealing with fuel poverty, and environmentally friendly farming, added the Taoiseach.

He said the latest budget has taken steps towards the future of transport and was designed to enhance and transition to electric vehicles along with the Rural Transport plan launched by Minister for Transport, Eamonn Ryan to enhance rural transport links around the country.

He said it is a 'no brainer' and the faster we get cleaner buses on our streets the nicer towns and cities we will have.

"A lot of the measures we take now won't make an impact until the latter half of the decade." said Mr. Martin.

The government needs to do more in their communications approach and needs to engage more to bring home the reality of climate change and the need to take action, according to the Taoiseach.

"If we don't tackle it, the result will be worse for jobs and livelihoods - climate change will be damaging for our economy." he added.

Micheál Martin believes the government needs to move towards giving income to farmers to protect biodiversity with a variety of schemes that will enable farmers to grow native tree species which will have an impact on cleaning our waterways and rivers.

This could allow for a greater degree of organic farming, investment in new technology, and reducing carbon emissions.

"We have no choice, climate change will catch up with us if we don't take action" added Mr. Martin.

He said there is an opportunity to work with the farming sector and ensure that young farmers can have a sustainable future, but there is a reality of 'how much the land can take'.

He said every country must improve how it behaves and how it organises society, and collectively a difference can be made.

"The only way this can work is if everybody plays their part." said the Taoiseach.