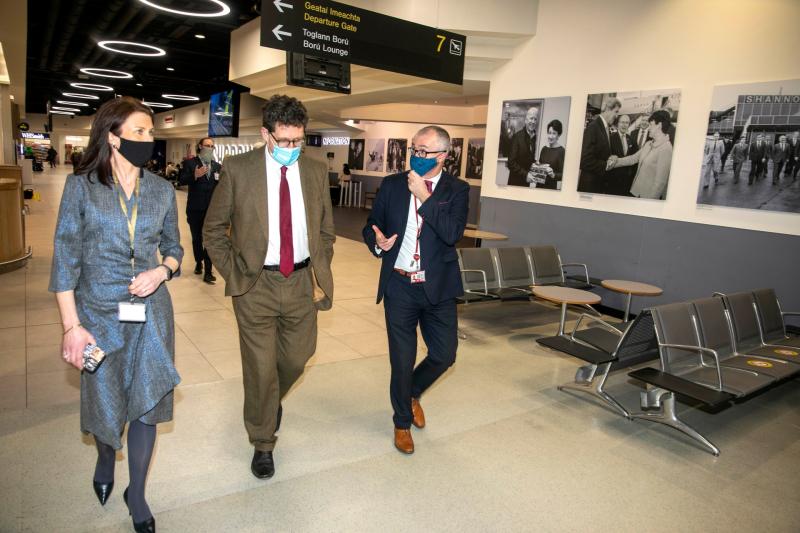 THE Minister for Transport Eamon Ryan has visited Shannon Airport to see first-hand the recent enhancements and investment that has taken place on the wider airport campus.

During his visit, which took place this Friday, Minister Ryan met with Shannon Group Chairperson Padraig Ó Céidigh and its CEO, Mary Considine.

The Green Party leader also received a tour of the main airport building including the world’s first Duty Free which was established at Shannon in 1947 and which has grown into a multi-billion-dollar global retail industry. 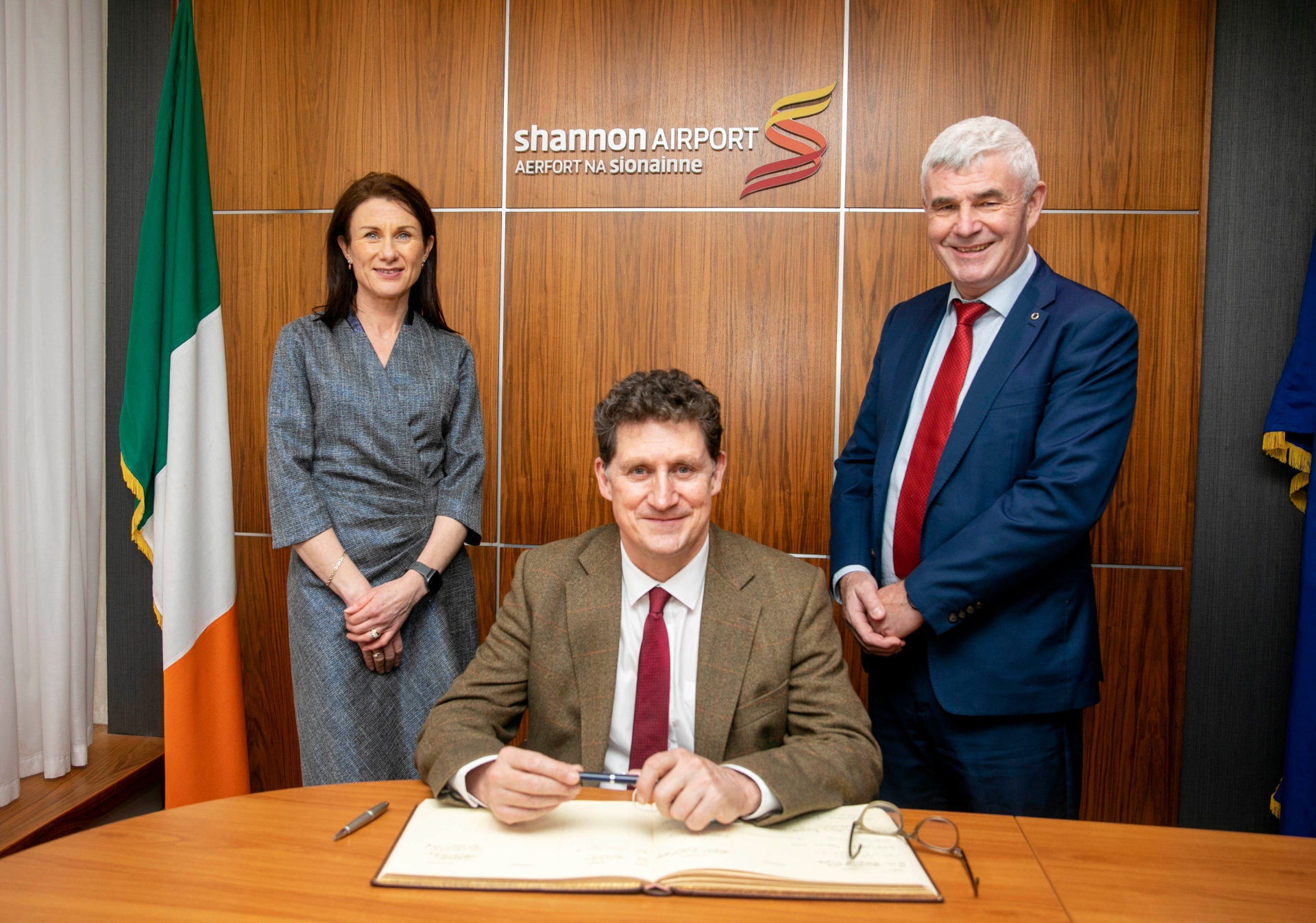 Minister Ryan also visited the airport’s US Customs and Border Protection facility which, in 2010, became the first in the world to offer full preclearance for private aircraft.

During his visit, the minister was given a demonstration of the new state-of-the art airport security screening system - the first of its kind in any state airport, which is halving dwell time in this area.

Commenting following the visit, Ms Considine said: “We had productive discussions with Minister Ryan on decarbonisation, and as a recent signatory to the Toulouse Declaration pledge towards net zero carbon by 2050, we are committed to exploring all opportunities to advance this goal."

“The Minister’s visit gave us an opportunity to show him the significant capital projects we were able to undertake as a result of Government support. In addition, we welcomed the opportunity to brief the Minister on our recovery and rebuilding plans for the airport and across our campus following the devastation left in the wake of the pandemic,” she added.