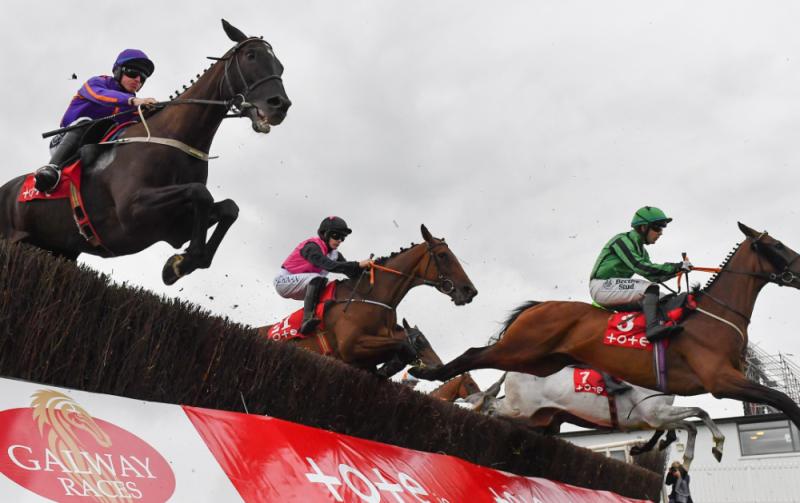 The undoubted highlight on the card is the €270,000 Guinness Galway Hurdle at 5.05pm which sees 20 runners go to post for two-mile event.

The Galway Festival continues on Thursday afternoon with another cracking day for punters to enjoy at Ballybrit.

The action begins at 2.10pm and concludes at 6.10pm. The Jumps course is Good and the Flat course is Good to Yielding in places. You can find the best odds at BoyleSports Galway betting

The undoubted highlight on the card is the €270,000 Guinness Galway Hurdle at 5.05pm which sees 20 runners go to post for two-mile event.

Willie Mullins has a number of interesting contenders in this event, including Adamantly Chosen who was successful at Thurles in February and shaped with plenty of promise when fourth at the Punchestown Festival in April. There looks to be more scope for improvement off a mark of 137 and he is deeply respected. Mullins also runs Farout who boasts course and distance winning form at the track and was seventh at Galway earlier on this week. Shewearsitwell was successful at Killarney in May and completes Mullins’ quartet along with recent Punchestown scorer Heia.

Other interesting contenders include Santa Rossa who landed a Graded event at Tipperary in fine style last time out and there could be plenty more improvement still to come. Back in March 2021, she was steered to victory by Robbie Power at Navan and the former rider is confident of her chances in the contest. He said: “If I had a free hand to ride any horse in the Galway Hurdle, it’d be Santa Rossa. “I’ve won on her before and she has good stamina and good pace. She ticks a lot of boxes for Galway and I can see her running a big race.”

My Mate Mozzie was a very classy juvenile and came within a head of tasting Grade One success at Fairyhouse in November. He returns to this sphere having filled second and third in two runs on the Flat at Tipperary and Killarney. He could have the class to go close in a race like this off a mark of 141 and is not discounted.

Party Central has been a wonderful servant for connections and has won five of her last even starts, which included victory at the Punchestown Festival when she relished the return to quicker ground. She is progressing with every start and is a very game and consistent mark who ticks a lot of boxes. She is one of six runners in the race for Gordon Elliott along with The Tide Turns who was fancied to run well at the Cheltenham Festival, course and distance winner Felix Desjy and Fairyhouse scorer Glan who commands respect. The prolific Top Bandit blotted his copybook last time out, but is also not discount, whilst the unexposed Vina Ardanza completes Elliott’s sextet.

Others to note are Ballyadam who shaped well when fifth in the County Hurdle at the Cheltenham Festival and he clearly has the talent to win a race of this nature, whilst Celestial Horizon, Jesse Evans, Scottish Champion Hurdle heroine Anna Bunina, Tudor City, Autumn Evening, Embittered and The Very Man complete the field.

The other highlight on the card is the €40,000 Guinness Open Gate Brewery Novice Chase, a Grade Three event over an extended two and a quarter-miles. Champagne Gold was a narrow winner at Wexford, whilst Sole Pretender has won twice already this term. The Dara Man tasted success at Killarney last time out with Visionarian and Mind Your Money also winning on their latest outings. Ganapathi commands respect for Willie Mullins having impressed on his first two starts over fences, with successive wins at Wexford, but preference is for Call Me Lyreen who has impressed at Kilbeggan and Wexford on her latest two starts and looks open to further improvement in this event.