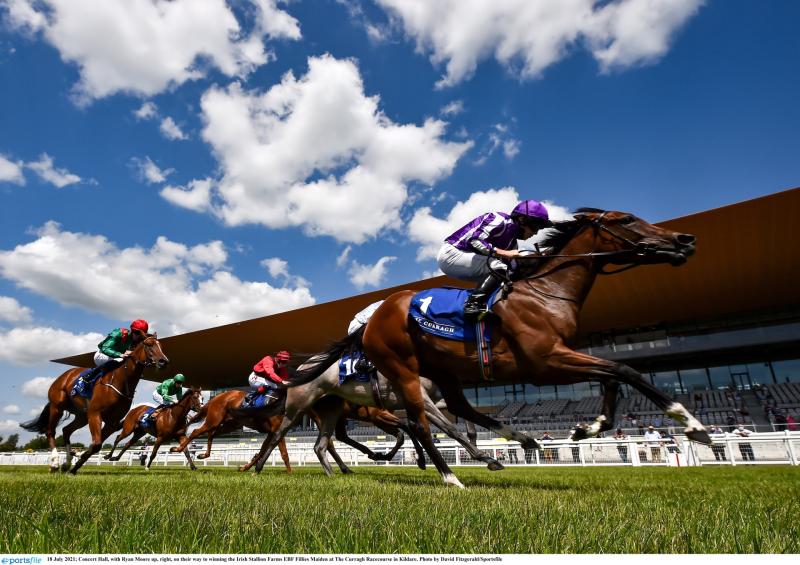 Seeing Ryan Moore in the winners’ enclosure over the last two decades at Royal Ascot is a sight as familiar as the royal procession at the famous meeting.

The unflashy three-time British Champion Jockey provided one of the greatest moments in Royal Ascot’s long history when winning the 2013 Ascot Gold Cup on The Queen’s filly, Estimate.

Ballydoyle’s number one jockey has another full and exciting book of rides for Ascot this week and, speaking to Betfair, has previewed each of his runners for day one of the royal meeting.

I think we all know that Baaeed is highly likely to win this, and win this well, but we would all be in a sorry place if we accepted defeat before any race, particularly a Group 1 on the biggest stage. Of course, if he runs to within 5lb or so of his best form he wins this – and ground and course present him with no issues, it seems – but horses can disappoint. My horse actually ran him to 1 ½ lengths in the Moulin last September and is a Breeders’ Cup winner, so he is no forlorn hope. The problem is this is his first run since running below par at Keeneland in the autumn, and he needed the race when eighth in this first time out last season, but he clearly has place chances at his best. Lights On is a filly I obviously know very well and she is an improving course winner who will handle the ground, but she steps up to another level here.

I’d be pretty wary of a few in here as it looks a very good Coventry, even if Noble Style is a no-show, and in particular I think Persian Force is a very good horse, but obviously Blackbeard doesn’t lack for convincing claims of his own. He has an exciting blend of experience and progression about him, and the penny really seemed to drop in the Marble Hill last time, a race in which he beat a very well-regarded colt in Tough Talk by 3 ½ lengths, stepping up to this trip for the first time. He is very professional and exciting in equal measure. Age Of Kings impressed me at the Curragh at the start of the month, and I wouldn’t be underestimating this Kingman colt, either. It’s a high-class renewal.

Clearly, if Nature Strip or Golden Pal bring their best form from their own countries then they set a very high bar for the rest of us. And maybe an unattainable one. But, as we saw with Wesley’s horse in the Nunthorpe, that translation is certainly not a given. And I do think I have picked up a very good ride on Twilight Calls. I rode his sire Twilight Son to win the Diamond Jubilee here a few years back and there are similarities between him and his son, as both rose quickly from the handicap ranks to Group 1 company. Of course, he needs to improve markedly on his narrow defeat to King’s Lynn at Haydock last time, but I thought he shaped like the best horse in that race and he is improving fast. There will be a lot of pace in here, and I can certainly see a strongly-run race on a stiff 5f suiting him. He has  a good each-way chance, and hopefully something more. But it’s a tough assignment, and, for the closers from off the pace, luck will obviously play a role with such a big field.

As with the Queen Anne, the Guineas winner Coroebus stands head and shoulders above this field going into the race, and I was very taken with him at Newmarket, but something could come up to his level, I guess. My colt has a lot to prove, and has plenty to find with the favourite on their Newmarket running last season, and we were considering going up in trip with him, but let’s see how he fares. He did have a slight setback earlier in the year, which is why he is coming here without a run, so it would be reasonable to expect him to need this, but he is a colt of untapped potential.

We all know how good the trainer is in these Ascot staying contests, and I have won this race for him three times in recent years. This horse is maybe harder to get a handle on than the other winners, but he clearly showed ability over hurdles and had winning middle-distance form when with Andre Fabre in France. There is obviously a big element of trusting in the trainer here, but it is rarely misplaced.

As a 7yo, he is probably not going to be putting up the kind of performances he did when finishing third in an Eclipse, but he has a solid look about him in this race. He ran very well when we last saw him at Lingfield in December and he finished a good third in this race back in 2020. The lack of a run is a concern in such a competitive race, but we wouldn’t be here if we were not happy with him. No Addeybb makes all our lives a lot easier, but this is clearly a hugely competitive race with lots of possible winners.

He had a few options here this week, but I do think he has a pretty good chance. He showed what we thought he was capable of when winning the Chester Cup last time – you never go into a race like that confident, but we thought he’d go close if getting the breaks – and |’d be hopeful he will still be very competitive here off a 5lb higher mark. The step down in trip doesn’t concern me, though this will be the quickest ground he has raced on.  I’d like to think there is more to come from him.