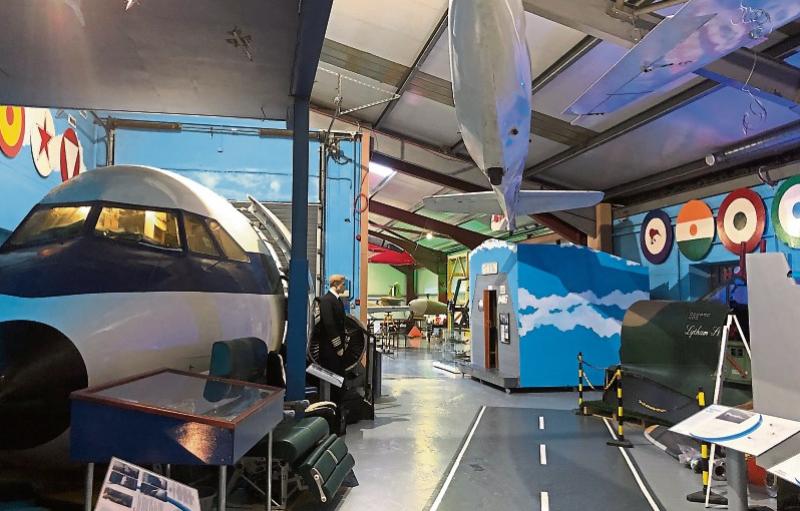 The exhibition included Air Corps Fouga Magister F216, formerly on display at Collins Barracks and a Reims Rocket Cessna 172, having the distinction of being the longest active aircraft in the fleet with 47 years’ service.

The installation of the permanent exhibition coincides with this year's celebration of the 100th anniversary of the founding of the Irish Air Corps.

Spent the afternoon in #Clare today. Was at the Aviation Museum in #Shannon where the @IrishAirCorps 100 display in the museum was launched and then onto Quin to visit the Abbey and meet the local community. pic.twitter.com/97zZSi2Dbs

Mary Considine, CEO of Shannon Airport Group, also addressed guests as the event that marked the 83rd anniversary of the first Irish Air Corps deployment to Shannon Airport on August 30, 1939.

Flying and technical crews were trained and a detachment was dispatched to the newly constructed Rineanna, now known as Shannon Airport, aircraft to carry out coastal patrol duties.

The Detachment consisted of 3 Avro Anson and 2 Walrus aircraft, 11 officers, (10 pilots and a signals officer) and 77 enlisted personnel. A medical officer and 3 other staff brought the strength to 92 on the first day.

Family members of that first detachment were also present at the opening of the exhibition this week.