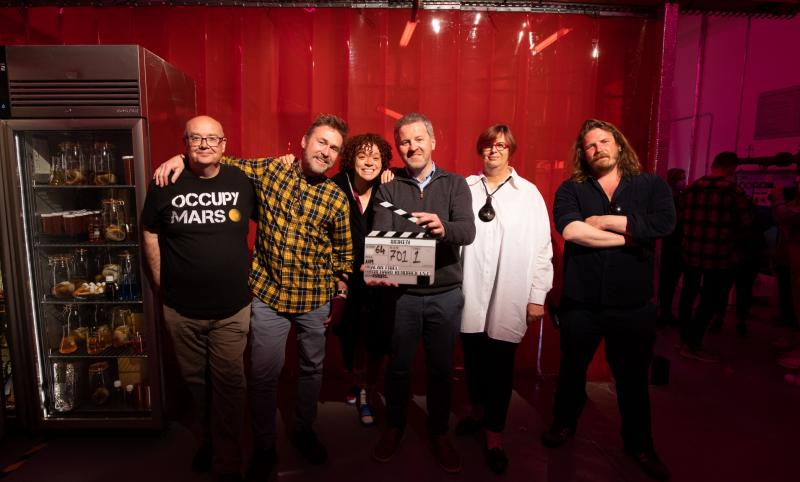 Filming wrapped on the set of Woken, which was filmed across Limerick and Clare PICTURES: Alan Place

A NEW Irish psychological thriller featuring actresses from Star Wars and Shameless has wrapped filming across Limerick and Clare.

Shooting has wrapped on Woken, starring Erin Kellyman from Solo: A Star Wars Story as well as The Green Knight and Maxine Peake from Shameless UK and The Theory of Everything.

Filmed over five weeks on location in Limerick and West Clare the film is funded by Screen Ireland and produced by Fantastic Films.

John McDonnell, Producer at Fantastic Films said the crew had a great experience filming in Limerick and Clare.

“The stunning locations we were able to access, the local crew we recruited and the support from Film in Limerick and from the University of Limerick (UL) were all top class and we look forward to showing off the results of everyone's hard work very soon,” he added.

Woken tells the story of a young woman who wakes up on a remote island without any memory and is forced to re-learn everything about herself, including her husband and the baby she is carrying.

When two disfigured men arrive on the island, she comes to learn another terrifying truth.

The production was supported by Innovate Limerick through Film in Limerick, who have a regional remit for developing the sector in the Mid-West.

Film in Limerick worked closely with the producers to bring the production to the region and assisted with locations, crewing and local permissions.

Paul C. Ryan, Regional Film Manager at Film in Limerick said it was brilliant to see so many independent features choosing the Mid-West as their filming location.

“The impact of such productions for the filming locations and the region in general is massive, with job creation, local spend and future tourism potential,” he said.

He also thanked UL, who have facilitated the filming of two feature films on campus in recent weeks.

Kerstin Mey, President of UL, said: “It was fascinating to visit the set to meet some of the cast and crew and particularly to see how the set had been created.”

Woken will premiere later in 2022.