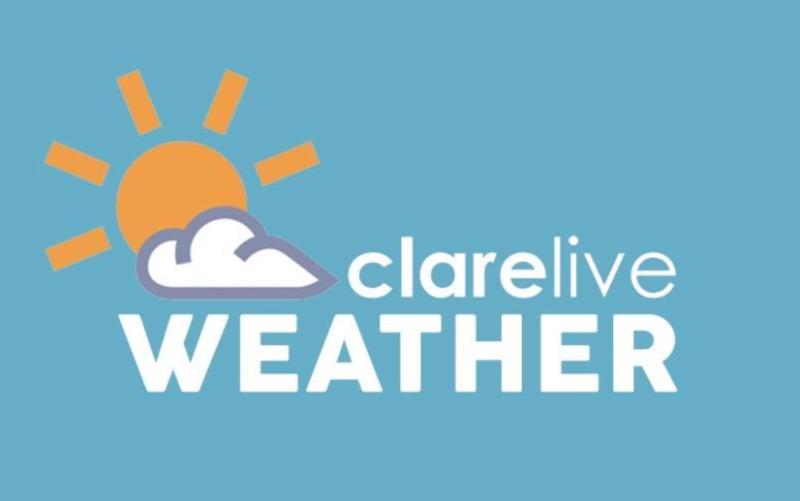 There will be scattered showers, with long dry periods too. Highest temperatures of 16 to 18 degrees, with a mostly light easterly breeze.

Che Guevara's 'lucky' lighter bought in Shannon up for auction

MONDAY NIGHT: A few light showers will continue through Monday night but most areas will be dry with long clear spells. Mild, with lowest temperatures of 9 to 11 degrees. Turning foggy in some parts with light easterly winds.

TUESDAY: Any fog will clear quickly. There will be scattered showers with some bright spells, becoming cloudy however through the afternoon. More persistent rain will move into the southwest in the evening. Highest temperatures of 17 to 20 degrees with a moderate southeast breeze.

TUESDAY NIGHT: Rain will spread northeastwards across the country overnight, clearing from most areas before dawn with a few showers following. Remaining rather warm or humid overnight with temperatures not falling below 11 to 13 degrees in many areas. Moderate southeast winds will become southwesterly overnight as the rain clears.

WEDNESDAY: Lingering rain in the northeast early on will clear. There will be scattered showers and sunny spells during the day. Highest temperatures of 15 to 19 degrees, mildest in the east, with moderate westerly winds. Showers will die out early on Wednesday night becoming largely dry and clear. Lows of 8 to 11 degrees with light southwest winds.

THURSDAY: Scattered showers developing during the morning, with a spell of rain, potentially heavy, moving in from the Atlantic during the day. There is uncertainty around what time the rain will arrive. Highest temperatures of 16 to 19 degrees. Becoming breezier during the day, perhaps windy in some areas.

FURTHER OUTLOOK: Low pressure near Ireland will continue to bring unsettled conditions for the end of the week.