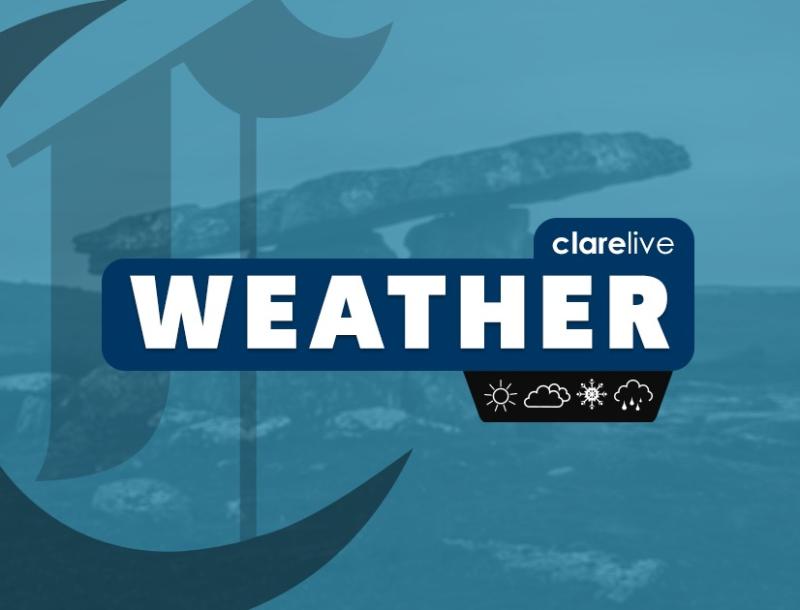 TODAY will be cloudier with scattered showers developing, but many of the showers will be light, say Met Eireann.

There will be some brief bright or sunny periods between the showers. A much cooler day with highest temperatures of 12 to 14 degrees, and a light to moderate northwest breeze.

MONDAY NIGHT: Scattered showers dying out early in the night, becoming largely dry and clear. Some showers will continue to feed onto northern coasts in a light northwesterly breeze. Chilly with lowest temperatures of 4 to 7 degrees.

TUESDAY: Scattered showers with a mix of cloud and some bright spells. Mostly cloudy across Ulster with a more prolonged spell of rain there. Some heavier bursts are possible near the north coast. Highest temperatures 11 to 15 degrees with light to moderate westerly breezes.

TUESDAY NIGHT: Cloudy with outbreaks of rain over the northern half of the country, with heavier falls possible locally. Mostly dry with some clear spells and just isolated showers further south. Lowest temperatures of 6 to 9 degrees with a light westerly wind.

WEDNESDAY: There will be further showers on Wednesday, with the odd heavy one in the north. Temperatures rising slightly with highs of 12 to 16 degrees, reaching 17 degrees in southern areas, with light to moderate northwest winds. Showers will ease later in the day becoming clear early in the night. Overnight lows of 5 to 8 degrees.

FURTHER OUTLOOK: Some uncertainty but there are signs that it will become mainly dry and settled later next week. Temperatures will rise into the high teens, possibly into the low 20s.