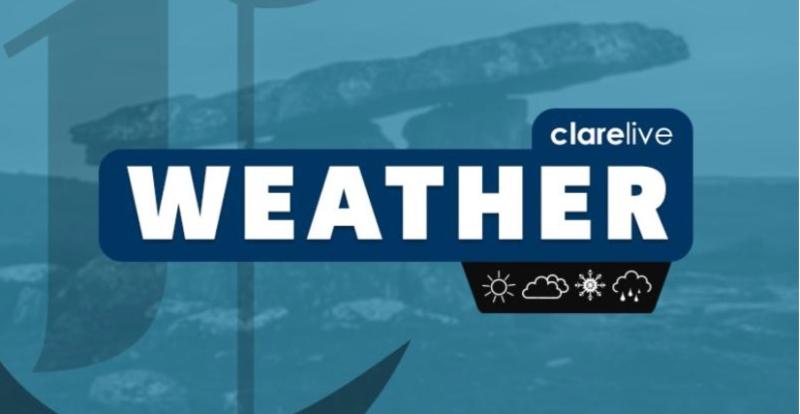 TODAY will start largely dry with sunny spells but scattered showers will develop through the day, a chance some of the showers will be heavy with rain and hail, say Met Eireann.

A fresh day with highest temperatures of 9 to 12 degrees in mainly moderate west to southwest winds, easing later.

OVERVIEW: Unsettled but with good sunny spells at times. Temperatures increasing back to the mid-teens by midweek.

Monday night: Scattered showers will become mostly confined to Atlantic coastal areas with largely dry conditions and long clear spells elsewhere. Lowest temperatures of 0 to 4 degrees with grass frost developing in mostly light southwesterly breezes. Later in the night, a narrow band of rain will move into the northwest.

Tuesday: Early morning rain will fizzle out to leave a day of sunny spells and scattered showers but cloud will start to build in from the west during the afternoon. Highest temperatures of 10 to 12 degrees generally in light westerly breezes, gradually veering northwesterly.

Tuesday night: Any lingering showers will die out early in the night becoming largely dry for a time. Lowest temperatures of 1 to 5 degrees with mist and fog patches developing in light breezes. Later in the night, outbreaks of rain and drizzle will push in over the western half of the country.

Wednesday: Some uncertainty in the forecast, but there will likely be light outbreaks of rain and drizzle pushing in from the west but largely in eastern parts. Highest temperatures of 9 to 13 degrees in light to moderate southerly breezes.

Thursday: A mix of sunny spells and scattered showers, most frequent in the western half of the country with the possibility of more persistent falls of rain at times. Highest temperatures of 11 to 15 degrees, coolest along eastern and southern coasts in moderate southeasterly winds.

Further Outlook: Current indications suggest that there will be sunny spells and showers for Friday and the weekend but with good dry periods too. Highest temperatures generally ranging from 12 to 15 degrees.