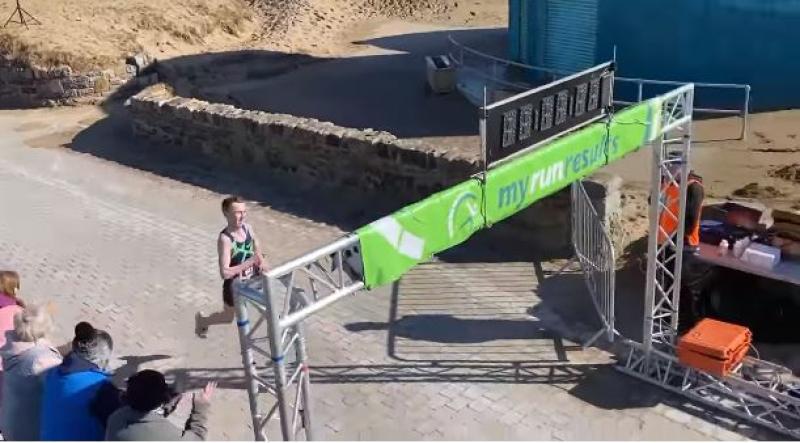 Clare athlete Jake O'Regan (St John's AC) won the Bundoran 10 event in a new course record time of 48 minutes, 40 seconds as more than 800 people participated in the event. This was the second consecutive week that he has broken a course record. Last week he broke the Adare 10k record in Limerick.

Eoin Mullan of Omagh Harriers was second in 50:59 while Tudor Moldovan, Clonliffe Harriers, was third in 51:58.

The first Donegal man home was Eoghain McGinley of Letterkenny AC in 52:49, closely followed by Milford AC duo Mark McPaul and Marty Lynch in 53:53 and 54:59 respectively while Ciaran McGonagle of Letterkenny AC was seventh in 55:39.

With bright sunshine, no breeze and temperatures of around ten degrees conditions were ideal and the event was a major success.

A golden moment: Ciara Kearns on leaping to European gold

There was a super turnout for the Bundoran 10  with more than 800 competitiors taking part.

The full results can be found HERE

There was also a 10 mile walk which attracted big numbers as well.