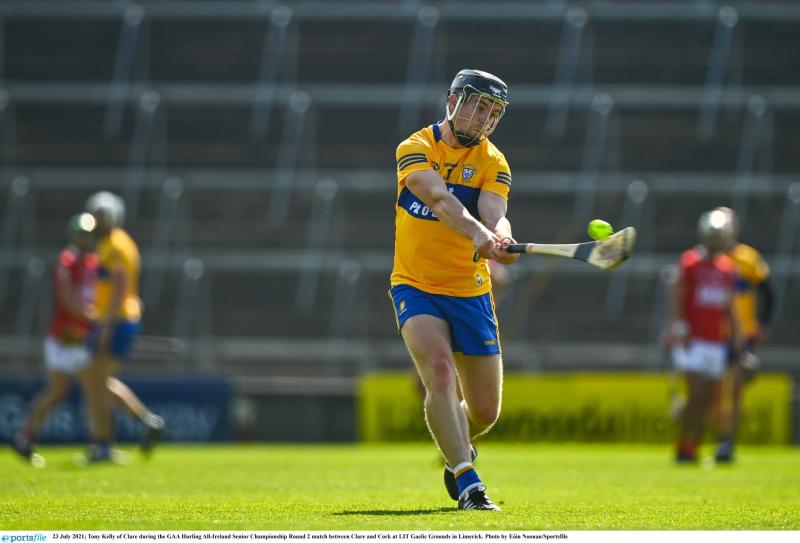 Banner County dynamo Tony Kelly has been selected at top of the right for a third career award in this year's All-Star hurling team.

All-Ireland champions Limerick dominate the PwC All-Stars for hurling 2021 with a record-breaking haul of 12 awards.

It is the first time in the 50-year history of the prestigious scheme that a county has reached double figures in the final 15.

But this distinguished dozen sets the all-conquering Treaty men as officially a class apart.

In goal, Kilkenny’s Eoin Murphy secures a 189th ever award for the Cats since the All-Stars started in 1971 and his third award in his career, while Waterford’s stylish defender Conor Prunty is recognised with a place at full back.

Otherwise, it is a swathe of Limerick green that is headlined by Seán Finn collecting a fourth all-time PwC All-Star at corner back to move him into the ranks as one of the most decorated defenders of modern times.

In attack, Cian Lynch is named at centre forward having previously been a recipient in 2018 and 2020.

Uachtarán CLG Larry McCarthy said: “In the fullness of time, the achievement of getting club and county games played in the midst of a harrowing pandemic will rank as one of our most significant achievements. It was a collective effort, and enormous credit is due to our players for their dedication and diligence.

“This PwC All-Star hurling selection represents the cream of a memorable crop in 2021. I salute all of those who have been chosen in this final 15 and know that after the year you have had it will be extra special and celebrated by your families and clubs.

“Our sincerest thanks to PwC for their support for the All-Stars which celebrates 50 years and continues its rich history and prominence in Irish sport.”

Tom Parsons, GPA CEO said: “To all the hurling nominees, congratulations on making it to the shortlist and to each winner, your selection is fully merited given the exceptional individual performances you produced in 2021.  You lit up what was another tough year and brought joy and memorable moments to millions.  Indeed, to every player who lined out in 2021, thank you.”

Feargal O’Rourke, Managing Partner, PwC, said: “In this historic year, marking 50 years of the All-Stars, I would like to extend our sincerest congratulations to the players that have been selected on the 2021 PwC All-Star hurling team from everyone at PwC. To be picked as one of the 15 best players in the country is a notable achievement and one that each of them should be immensely proud of.

“We have been through another challenging year and the resilience that these All-Stars have shown to shine on the GAA fields of Ireland all year, while giving fans so much to celebrate, is truly admirable. And while the All-Stars acknowledge individual achievement, none of these winners could have earned this recognition without their teammates so it’s important to acknowledge that all of the winners are genuine team players. I’m sure they will enjoy celebrating their awards, but no doubt their minds will quickly turn to the 2022 season, and we wish them all the best for the campaign ahead.”

The teams was chosen by a panel of Gaelic Games correspondents from across, print, radio, TV and digital media, chaired by Uachtarán CLG Larry McCarthy.

In light of the on-going pandemic and its restrictions, a decision was taken not to proceed with the traditional presentation banquet. However, the event will still be showcased live by RTE 1 television in a special programme this Friday at 7pm.