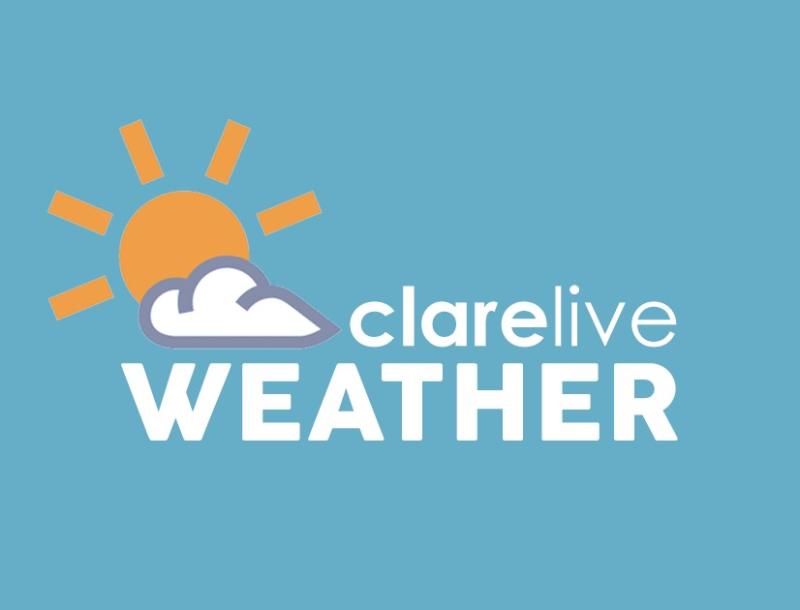 Cold and frosty this morning. Today will be mostly dry with sunny spells and just isolated showers. It will be another cold day with highest afternoon temperatures of 5 to 8 degrees, in light to moderate northwest winds, fresh around the coast.

TONIGHT
Tonight there will be showery rain and it will become windy through the night as fresh to strong and gusty westerly winds develop. It will be coldest early in the night, with minimum temperatures of 0 to 5 degrees.

TOMORROW - FRIDAY 26TH NOVEMBER
Friday will be windy with fresh to strong and gusty west to northwest winds and gales around the coast. There will be sunny spells and frequent blustery showers and some of the showers may turn wintry later, particularly on high ground. Temperatures in the early afternoon will be around 6 to 9 degrees but it will get colder through the afternoon.

Friday night: It will be very windy on Friday night with strong to near gale force north to northwest winds and gales around the coast. It will become dry and clear in most areas overnight, but showers will continue in the north and west, with some of these showers wintry. Lowest temperatures of 1 to 4 degrees.

Saturday: It will still be quite windy on Saturday morning with fresh to strong north to northwest winds, but it will become gradually calmer through the day. It will be a cold and bright day with long spells of sunshine and while most areas will stay dry, there will be a few showers in the north and towards the west coast. Cloud will increase over the western half of the country later. Afternoon temperatures of just 4 to 6 degrees.

Saturday night: Early Saturday night will be cloudy, with outbreaks of rain and drizzle moving into western areas. This will move eastwards across the western half of the country overnight. Lowest temperatures of -1 to +4 degrees, coldest in the east, with light to moderate west to northwest winds.

Sunday: Sunday will be cloudy with outbreaks of rain and drizzle, heaviest in the northwest. It will be cold in the morning and will stay cold in the east, with afternoon temperatures of just 3 to 5 degrees, however it will become milder in the west with temperatures increasing to around 8 to 11 degrees. Moderate northwesterly winds will develop in the west but otherwise winds will be light and variable.

Sunday night: Sunday night will be mostly cloudy with further outbreaks of rain and drizzle moving eastwards. Lowest temperatures of 3 to 9 degrees, occurring early in the night, with the coldest conditions in the northeast. Light to moderate west to southwest winds.

Monday: Monday morning will be cloudy with widespread outbreaks of rain but this will clear southeastwards and will be followed by scattered showers for the afternoon and evening, mainly in the north and west. It will be a milder day with highest temperatures of 9 to 12 degrees, in light to moderate winds.

Further outlook: Staying mild and unsettled with showers or longer spells of rain.