A union has instructed workers not to leave the vessels 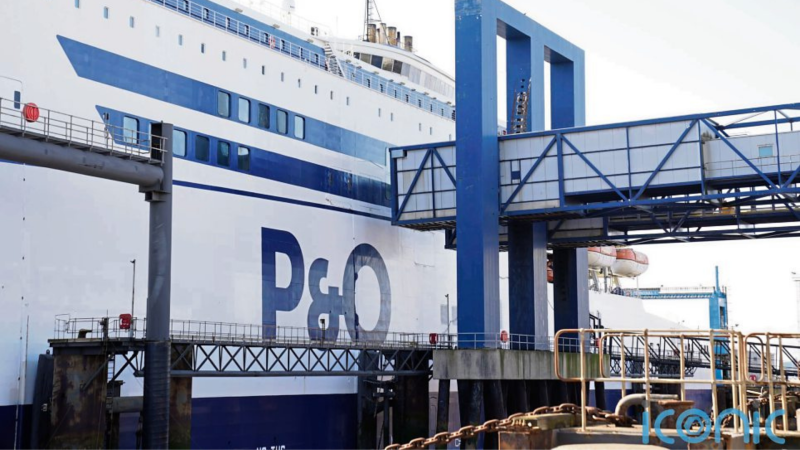 P&O Ferries has fired 800 seafarers as it is “not a viable business” in its current state.

The firm said it has suspended sailings “for the next few days”.

Workers currently onboard ships were instructed by unions not to leave.

Coaches carrying agency workers hired to replace them are parked near ships at ports.

P&O Ferries said in a statement: “In its current state, P&O Ferries is not a viable business.

“We have made a £100 million loss year on year, which has been covered by our parent DP World. This is not sustainable.

“Our survival is dependent on making swift and significant changes now. Without these changes there is no future for P&O Ferries.”

It added that after “seriously considering all the available options” it has taken the “very difficult but necessary decision” to hand immediate severance notices to 800 seafarers.

Those fired will be compensated for the lack of notice with “enhanced compensation packages”.